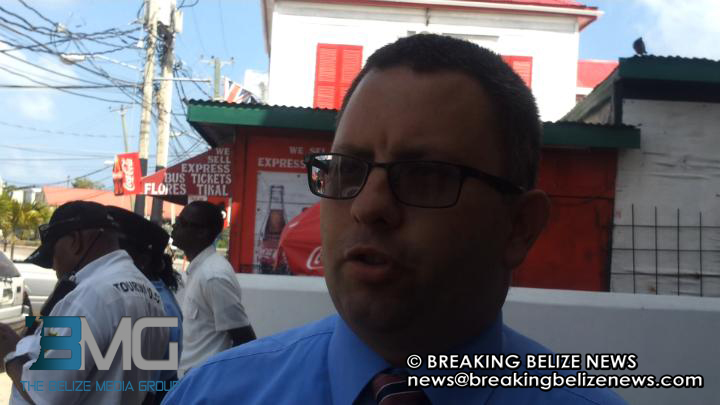 By Aaron Humes: Port Loyola area representative and Minister for Human Development, Anthony “Boots” Martinez, appeared to think he had caught his Opposition rival from Caribbean Shores, Kareem Musa, in a trap during the Budget Debate this afternoon.

While discussing plans for land acquisition by the Government, a topic frequently complained of during the debate thus far, Martinez revealed that a company called Belize Airport Land Company Limited, established in 2007, had interest in property near the Philip Goldson International Airport in Ladyville.

Martinez quoted a document in his possession to say that Musa, an attorney, was one of three directors of this company, along with one Alfredo Acosta and an American from Florida.

The company is now to be paid some $3.5 million for land acquired in the area near the under-construction Airport Link Road from the George Price Highway near Mile 8 to the Airport.

Martinez conceded that he did not know if, as Musa contended during a heated back and forth, the land was transferred to someone else, but as he vociferously pointed out, he could prove Musa’s involvement – unless it was someone else by that name.

The Opposition complained even while Martinez stayed on his feet, baying at the top of his voice, that he was imputing improper motives to his colleague.

But Martinez said he was simply making the point that the land compensation would be fairly dealt with among supporters of both major parties.

The Opposition maintains that Musa no longer has any association with the company as either attorney or director. The other directors we understand took their business to another attorney identified as former Attorney General Vanessa Retreage’s firm Retreage and Reyes.