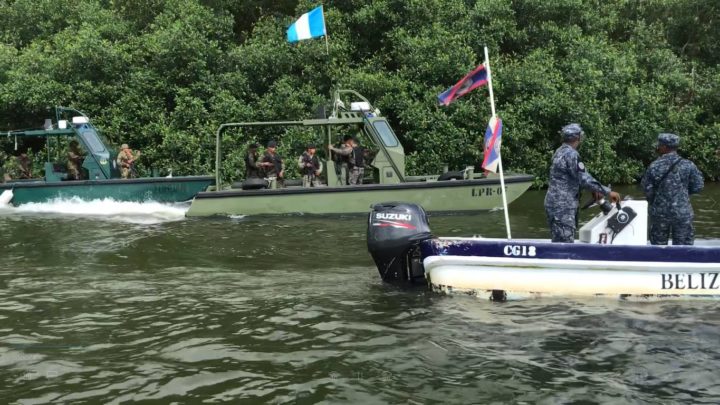 BTV leader Will Maheia explained that the BTV made a trip to the Sarstoon Island and were stopped by the GAF. Maheia says the GAF told them that they were in  Guatemalan territory and needed to leave when members of the BDF came to their aid.

“…our #belizemilitary saw that GAF were stopping us and they came over and heard the story and said hell no if you want to go around the island proceed,” Maheia said.

He added that the BDF stood its ground even as a second GAF military boat came to the area.

For the past several years GAF boats have been limiting access to the Sarstoon for Belizeans. On several occasion,s the Ministry of Foreign Affairs has issued public statements condemning the BTV excursions to the Sarstoon.

Tensions at the river intensified during the 2016 fatal shooting of Julio René Alvaro Ruano, a Guatemalan minor who died in a crossfire between illegal Guatemalan poachers  and the rangers patroling the  Chiquibul Forest Reserve.