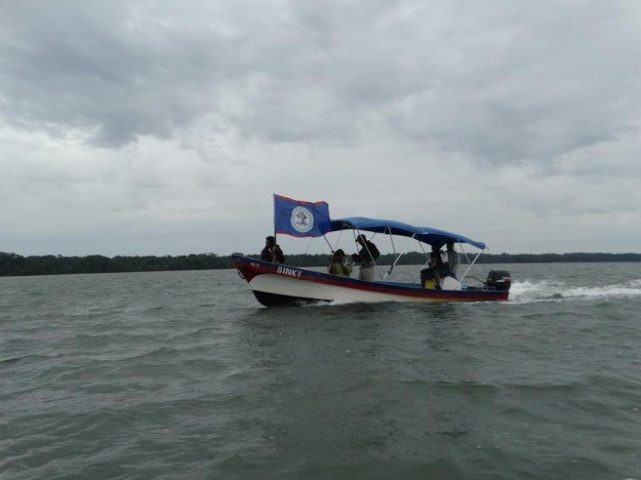 By Reyhan Rosado: On April 10th, we have an opportunity to vote on whether or not we want to go to the ICJ to end Guatemala’s claim. In the months leading up to the vote many people have taken to fearmongering and lying to back up their “No” position. In their attempt to do this, many people have resorted to casting doubts about Belize’s good title to all its territory and spreading fear that the ICJ could give Guatemala the Sarstoon. This lie takes many forms: “we could lose the Sarstoon”, “we’ve lost the Sarstoon” or “Belize has given up the Sarstoon”. No matter how it’s packaged, it’s still a lie.

In this two-part series of articles, we’ll go over what the Sarstoon is, the history of the river and its island, and then, in the next article, we’ll go over some misconceptions.

What is the Sarstoon River and Sarstoon Island?

The Sarstoon is the river to the south of Belize and marks the boundary between Belize and Guatemala. The river only has one island and it lies near the mouth of the river.

The Sarstoon Island is a small piece of uninhabited swampland. It is 0.68 km2 or 0.26 sq miles. The Island is on the Belizean side of the river.

History of the Sarstoon

The Sarstoon has been the boundary of Belize for over 200 years. In 1825, a leading British Merchant, writing to the British Foreign Office, reported that the Sarstoon had been considered the boundary for at least 20 years. This was confirmed in the same year when in 1825, the Superintendent of the Belize settlement sent a map to London showing the Sarstoon river as marking the boundary between Belize and Guatemala (Legal Opinion 2001, pp. 37 – 38)

The river was crystalized as marking the boundary between the two countries when Britain and Guatemala signed the 1859 Treaty. The treaty states that anything north of the mid channel of the river is in Belizean territory. After the signing of the treaty, in 1861, surveyors went to demarcate the boundary and they found and agreed that the Sarstoon Island was in Belizean territory. This was accepted by both the British and Guatemalan governments.

2) Problems along the Sarstoon

Things were more or less fine in the Sarstoon until 2015. In February 2015, Guatemala illegally detained 37 Belizean citizens who were coming back from a trip to the Gracias a Dios border monument.  The Guatemalan military did this under the pretext that the citizens had entered Guatemalan waters. These citizens were taken to Livingston, in Guatemala, but returned home safely the next day.

A few months later, in May, there was a confrontation on the Sarstoon Island. When the Belize Coast Guard attempted to set up a temporary base on the Island for a few days, the Guatemalan Forces surrounded them and told them to leave the Island. The Coast Guard held their ground and there was a standoff. Thanks to speedy diplomacy, it was over within two days when the Guatemalan Forces backed off and then so did the Coast Guard. No one was hurt.

Ever since 2015, things have continued to be tense on the river. In that year, Guatemala started to claim that it had title to the whole of the Sarstoon river. It also started to try to intimidate Belizean civilians who would try to enter the river. The Government of Belize always protests these incidents. 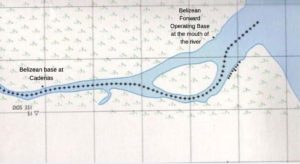 Map Showing Boundary Line and Military Bases along the Sarstoon

Ever since 2015, the Sarstoon has been a source of tension between the two countries. The Guatemalan Forces try to intimidate our citizens, sometimes trail our boats, and are sometimes verbally hostile by telling Belizeans that they are not allowed to navigate there freely.   All the while the BDF has stood its ground.

In an effort to improve the situation, Belize has pushed for the development of Confidence Building Measures along the Sarstoon. While Guatemala has publicly stated its willingness to work along with Belize, nothing seems to have come from these talks.

The international community has consistently put pressure on Guatemala to reach some sort of understanding with Belize over the Sarstoon, but so far Guatemala has ignored their calls.

Despite this, some people continue to fear monger, so, in the next article, we’ll go over why we haven’t lost the Sarstoon.