Man and minor held for prohibited and unlicensed weapons 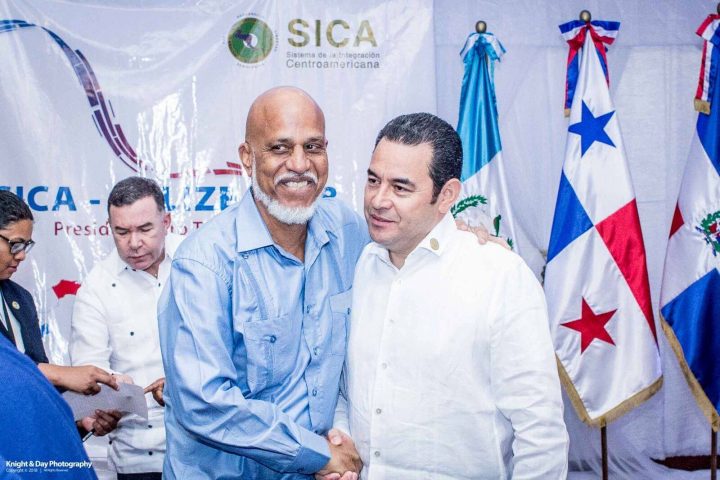 By BBN Staff: Guatemalan President, Jimmy Morales, visited a school in Izabal, Guatemala and conducted a live demonstration on how to draw the Guatemalan map.

A video posted by the Guatemalan media outlet, Soy502 shows Morales interacting with students who he had asked to draw the map of their country.

After the student had concluded the exercise, Morales added one significant detail, he drew Belize as a part of Guatemala and reminded students that the map must be drawn with the entire country of Belize on it.

Morales explained that the map must include the entire territory of Belize because it is a state that they have a territorial claim on.

“We are always going to get used to drawing Belize, why, because we are in an important process, we are reclaiming this territory, after the referendum process, we are going to go to an international court of justice to define the subject of property of that territory, “Morales told the pupils.

According to the report, Morales then reiterated to the teachers that it is important to teach students to draw the Guatemalan map to include Belize on it.

Today would have been an important and historic day in Belize because Belizeans would decide whether or not to take Guatemala’s claim to the International Court of Justice (ICJ) for final settlement. However, the national referendum has been postponed until further notice after the Chief Justice of Belize granted an interim injunction halting the process.