Protests underway outside House in Belmopan 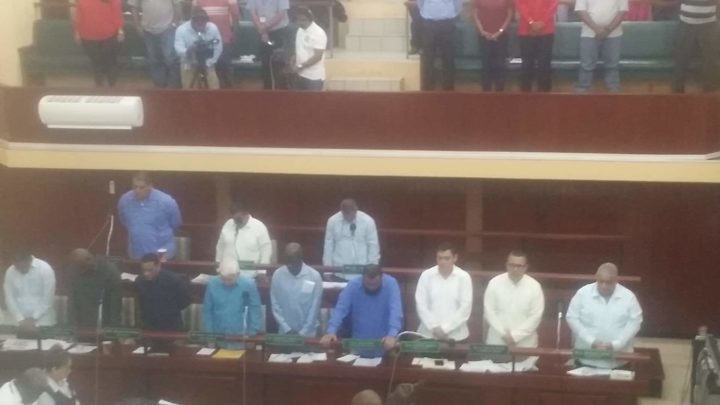 By Aaron Humes: Prime Minister Dean Barrow has introduced the Belize (Territorial Referendum) Dispute Bill, 2019 in the House of Representatives and asked that it be taken through all its stages this day.

The Bill seeks to provide for a referendum on the matter of taking the Belize-Guatemala dispute to the International Court of Justice so that it may determine the final boundaries of both countries.

Leader of the Opposition John Briceno made formal objection to the same-day passage, arguing that there is no urgency for the matter to be pursued this way. The Prime Minister acidly replied that since it was the Opposition who crafted, devised and pushed through the Special Agreement signed in 2008 by current Minister of Foreign Affairs Wilfred Elrington, only to go to court against it, “they should be the last ones to talk about anything.”

The Bill has the recommendation of the Cabinet. The House sitting is currently suspended for the Constitution and Foreign Affairs Committee of the House to examine, consider and report on the bill, which should take place shortly.