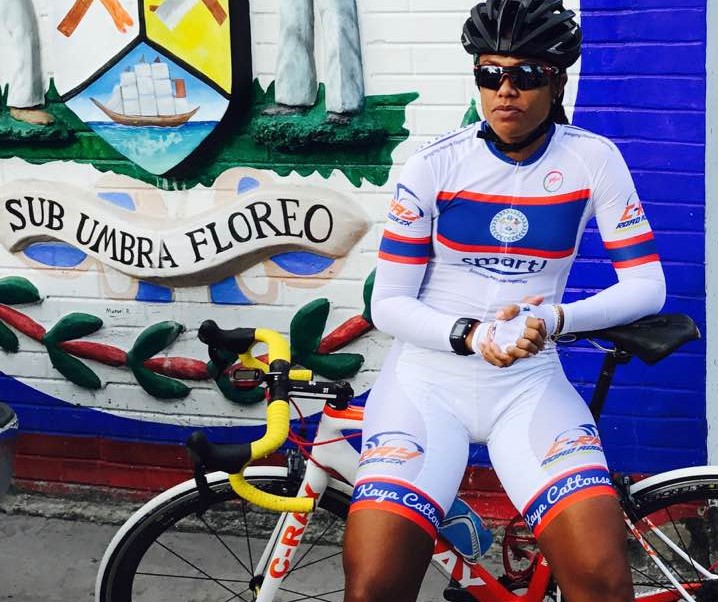 By Aaron Humes: It was by the closest of margins, but the victory in Sunday’s 30th Annual Women’s Cross Country Cycling Classic belonged to Kaya Cattouse of C-Ray Cycling Team after 73 miles in the April heat from San Ignacio’s Columbus Park to Belize City’s BTL Park.

The Cycling Federation of Belize described the result as a ‘dead heat’ but second place went to Alicia Thompson and third to Nicole Gallego, a rider who just started training seven months ago, and led the final sprint on the Barracks.

Of the ten riders participating, two came from Mexico – Maria Montserrat Camargo and Bianca Brenda Inigo Gomez. A bit of misfortune hit Camargo as she took a wrong turn toward Cemetery Road when the race turned on Central American Boulevard and had to divert through the UNO gas station to catch up with the pack. Then at the finish, she told reporters, she hit a line near the finish which she thought was the finish line as there was no signage to guide her.

The top five all finished in three hours, twenty-nine minutes and ten seconds and eight of ten finished the race.

The stage is now set for the 91st Cross Country Cycling Classic in the Elite division on Holy Saturday, April 20th.