“Will Maheia is the problem,” says Minister of National Security 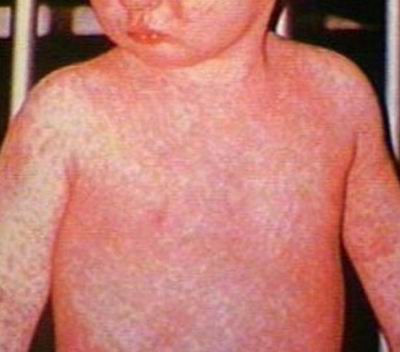 By BBN Staff: In light of the rising number of measles cases globally, the Ministry of Health (MOH) is calling on parents to ensure that their children receive both their measles vaccines.

The MOH issued a statement today, emphasizing that Belize has not seen a case of measles this year, but that neighboring countries are beginning to have increased occurrences, which underscores the need for communities to be protected.

Dr. Natalia Beer, maternal and child health advisor for the MOH, told Breaking Belize News (BBN) that measles vaccinations are given to children at 12 months and at 18 months. She noted that the recommended country coverage for vaccination to prevent a measles outbreak is 95 percent.

Beer said that measles, which is almost entirely preventable is one of the most contagious diseases on the planet, with one infected person capable of passing it on to 18 other people. To give it some perspective, Beer explained that one person who is infected with the Ebola Virus only infects an average of four other persons.

Beer acknowledged that some parents are against vaccination due to the suspicion that the shots might cause autism in children, however she counters that argument by saying that there is a lack of scientific evidence to support that theory.

“Studies done in the United Kingdom where they scaled back their vaccination programs did not show any direct link between autism and vaccinations. However, there are proven studies that show a direct link between measles infection and life-long disabilities such as brain damage, blindness, and hearing loss.”