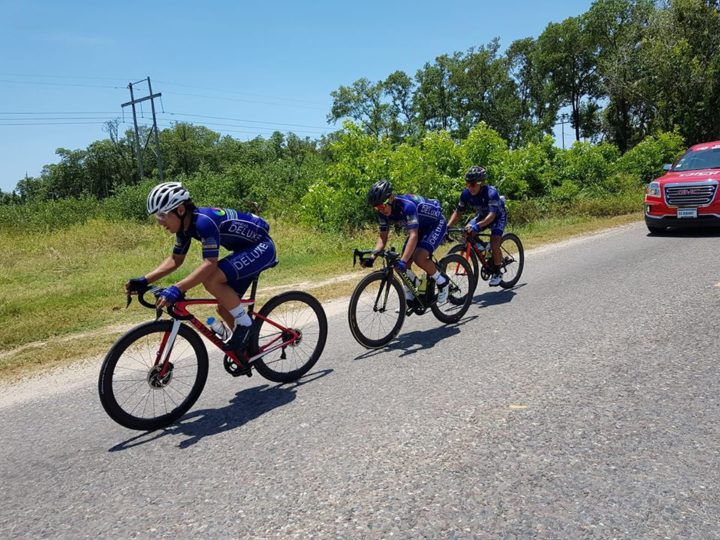 By BBN Staff: Belize hosted its 91st annual Cross Country Cycling Classic today and saw 3 Guatemalans take home the top three prizes amid tumultuous cross-border relations ahead of a historic and controversial referendum on an age-old territorial claim. This year’s race will surely be remembered given the high tension and intense national spotlight on this issue but the race, now known internationally, has a long and rich history from humble beginnings.

By tradition, the race is held over the Easter holiday on the Saturday just before Easter Sunday. The first Cross Country Cycling Classic was held in 1928, after a local, Monrad Metzgen, took a trip to one of the villages on the northern highway and was surprised to see the number of people riding bicycles to cricket games in the rural communities. He pitched the idea for a cycling “expedition” to San Ignacio to test the cyclists’ ability to cope with a then-badly built Western highway. The idea quickly gained support from other prominent Belizeans who pledged prizes and trophies for what would become an annual tradition.

The first cross country race kicked off on April 5, 1928 from in front of the courthouse in Belize city. The race took the riders through the city on to the western road trail, headed for Orange Walk, which was at the time the quickest route to Cayo. Elston Kerr was the first rider into Cayo with an approximate ride time of 13 hours. Kerr also won the race, finishing with a winning time of 21 hours, 29 minutes. Kerr, of Burrell Boom, was also the race’s first back-to-back champion. The race has been held every year since 1928, except in 1932 following the devastation caused by the infamous 1931 hurricane.

Due to repairs on the Western highway in the late 1930s, some races were held on the Northern highway with Donald Lightburn becoming the first winner on the Belize-Corozal circuit in 1935 and again in 1936. Jose Sosa won the circuit in 1937 and 1938 and Ben Sanchez won in 1939. Similarly, Goldburn Ferguson and Aston Gill won the circuit respectively in 1942 and 1947. A few more races took the northern circuit, however, it was discontinued after Mexican, Pablo Calderon, won in 1971.

In the years after there have been a number of repeat champions and names that have dominated the sport and the cycling classic. The race has become internationally renowned with many foreigners participating in the race each year including numerous American, Mexican, Guatemalan and European riders. Belizean-American, Justin Williams, won last year’s Cross Country Classic. Guatemalans have taken home the Garland in 2000, 2010, 2011, 2016 and now again in 2019.