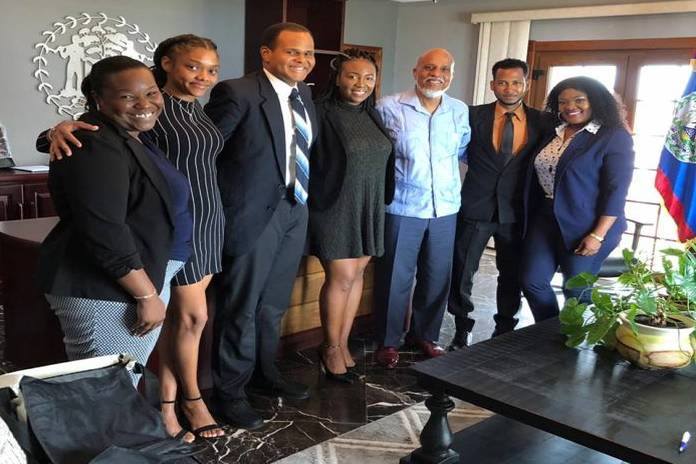 By Aaron Humes: Before its injunction by court order, the Caribbean Democrat Union (CDU) was set to observe the April 10 referendum called by the Government of Belize on the ICJ question.

The CDU is an alliance of center-right to right-wing political parties in the Caribbean and is part of the International Democrat Union (IDU). Belize is represented in the CDU by the ruling United Democratic Party; in fact six CDU members, including Jamaica’s Labour Party (JLP) and Grenada’s New National Party (NNP) are in government or part of a government coalition.

[By contrast, the Opposition People’s United Party (PUP) are part of the Permanent Conference of Political Parties of Latin America and the Caribbean (COPPPAL), the center-left-liberal-Christian democratic bloc formed by Mexico’s Institutional Revolutionary Party, PRI.]

Professionals from Jamaica to Grenada were selected and spent five days in-country, taking part in various activities including the Referendum Education Fair on April 6 and doing community engagement and surveys on April 9 and 10.

The CDU intended to assess the effectiveness of the voter education campaign and identify motivating factors for persons to participate in the Referendum. Its mission was partially funded by Westminster Foundation for Democracy (WFD).

The CDU lent its voice to support an early resolution to the matter, now set for May 8th, but has not indicated if it will send a second mission, nor whether a report would be produced on the first.