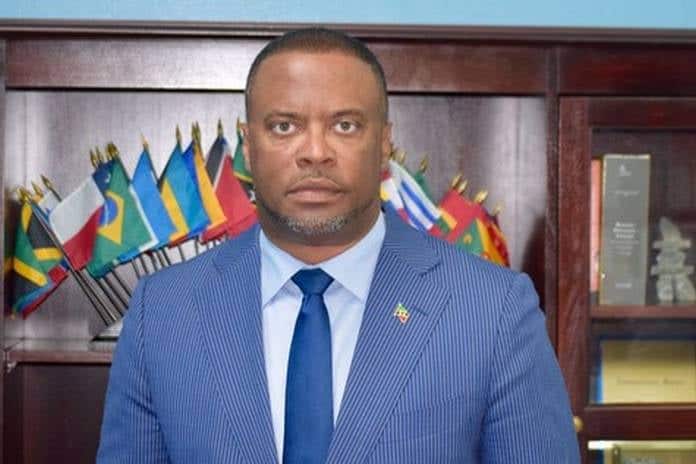 By Aaron Humes: While his own country is off the hook for now, foreign minister of St. Kitts-Nevis, Mark Brantley, has said the European Union’s revised blacklist for tax havens outside the EU released in March, which includes several Caribbean countries, is “unfair targeting” and does “irreparable harm” to those targeted.

Brantley told West Indies News Network via Caribbean News Now, “It is a process which we think is opaque, a process which is unfair, a process that is calculated to do irreparable harm to these small countries and small jurisdictions and it is a process that we feel is on the wrong trajectory that it would be better for the EU to engage in dialogue, to seek to assist if there are legitimate areas of concern.”

Minister Brantley is against the European Union issuing directives and deadlines to sovereign nations and urges dialogue between the EU and those countries it feels are guilty of harmful tax practices, citing Barbados’ decision to tax all entities at 5 percent, which was frowned on as the “big stick approach”. Dominica, he noted, is still recovering from the major devastation caused by hurricane Maria in September 2017.

Here in Belize, during the March 15th sitting of the House of Representatives, amendments to the International Business Companies Act, as well as the International Financial Services Act, were read through in their entirety.

Prime Minister Dean Barrow complained that Belize was blacklisted even after agreeing to the amendments that state that under the International Business Companies Act and the International Financial Services Act, all international business companies must have a physical presence in Belize.

John Briceño, Leader of the Opposition, acknowledged that Belize rushed the amendments “last minute” at the end of 2018 despite having from early 2017 to deal with the offenses, but agreed with the Prime Minister that Belize was being taken advantage of by the developed countries. “Here we have a competitive advantage where we can set up certain tax advantages to foreign companies and individuals so that they can save their taxes and we can benefit, and then they change the rules on us. Why don’t the EU blacklist the Americans?” he said at the time.