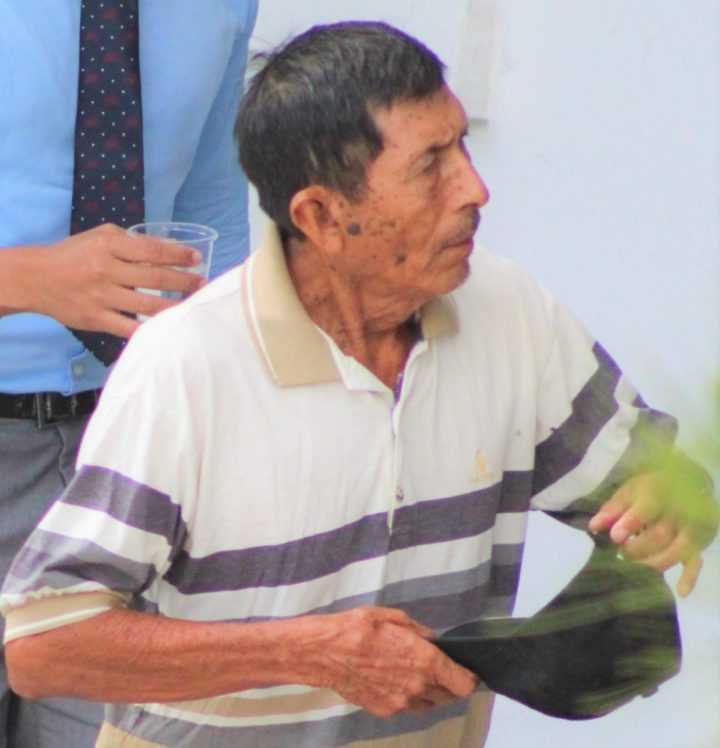 By Aaron Humes: A 72-year-old retired Belizean citizen, who back in April of 2018 was charged with keeping an unmuzzled ferocious dog at large, was today set free of the charge when he appeared before Magistrate Emmerson Banner.

Mario Umberto Sandoval of Albert Hoy Avenue, Belama Phase 1, was charged almost a year ago this week after his dog attacked and bit 11-year-old Claire Alamilla while she was walking her own dog.

Claire, who resides on Mateo Street in Belama Phase 2, and who is the daughter of the late David Alamilla, the businessman who drowned during a trip carrying items near Moho Caye in late 2018, was walking her poodle dog Ollie that afternoon around 4:30.

The Hummingbird Elementary School student was on the right-hand side of the road crossing from Galaxy Supermarket. She had stopped to re-tie Ollie’s collar and was about to walk back home.

Then, she testified, she noticed a man open his gate, where 3 dogs were standing, when suddenly a black dog ran at her and menaced Ollie, then clamped on her arm.

Claire fled, releasing Ollie’s leash, into the nearby bushes with the dog still clamping on and dragging behind her, resisting her efforts to fight him off.

She said a couple drove by at the same time and the lady shouted at the dog, scaring him off. She was then taken to the Karl Heusner Memorial Hospital for treatment.

The prosecution needed to prove that by opening the gate, Sandoval, as the dog’s owner, intended to cause harm to Claire.

The Magistrate ruled that the prosecution was not able to show any intent to cause harm and therefore he could not call Sandoval, represented by Brandon Usher, to answer the charge.

While Sandoval is now free, the Magistrate told Claire and her mother that they could lodge a civil complaint in the Supreme Court for damages.

Sandoval’s dog has since been put down and was not available for inspection by police.