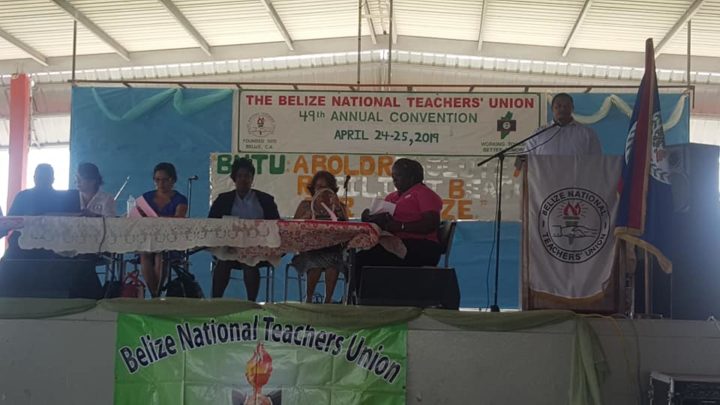 By BBN Staff: Teachers from across the country are currently gathered in Corozal for the 49th annual convention of the Belize National Teacher’s Union (BNTU) meeting.

Mayor of Corozal Town, Rigo Vellos is delivering the welcome address to the Belizean educators.

The union announced that current President, Senator Elena Smith will serve a second term since her bid for Presidency was uncontested.

Smith told Breaking Belize News that she was “surprised and humbled” by the announcement, adding that she feels the gesture validates the work she has done during her first tenure.

The four other posts on the executive are being contested, including the post of First Vice President, which is held by former President, Luke Palacio.

Smith, who took over from Palacio in 2017, has been at the forefront of issues affecting teachers as well as national issues like the Senate Inquiry into the Auditor General’s Special Audit Report of the Immigration and Nationality Department.