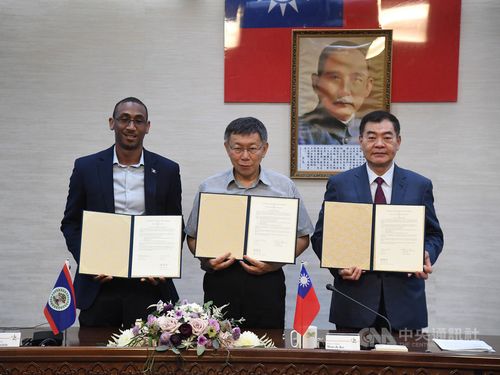 By BBN Staff: Belmopan City and the City of Taipei in the Republic of China (Taiwan) established sister city relations today.

Taipei Mayor Ko Wen-je (柯文哲) and Khalid Belisle, the mayor of Belmopan, signed an agreement in Taipei to formalize the arrangement, which will see cooperation efforts in the areas of culture, trade, environmental issues, and tourism.

The establishment of sister city relations is another milestone in the strengthening of ties between Belize and Taiwan, as both countries prepare to celebrate 30 years of friendly diplomatic relations later this year.

Notably, Belize is one of only 17 countries which have remained loyal to Taiwan, in the face of many of its other allies severing diplomatic relations in favor of the People’s Republic of China.