GOB announces the end of fisheries licenses for Guatemalans 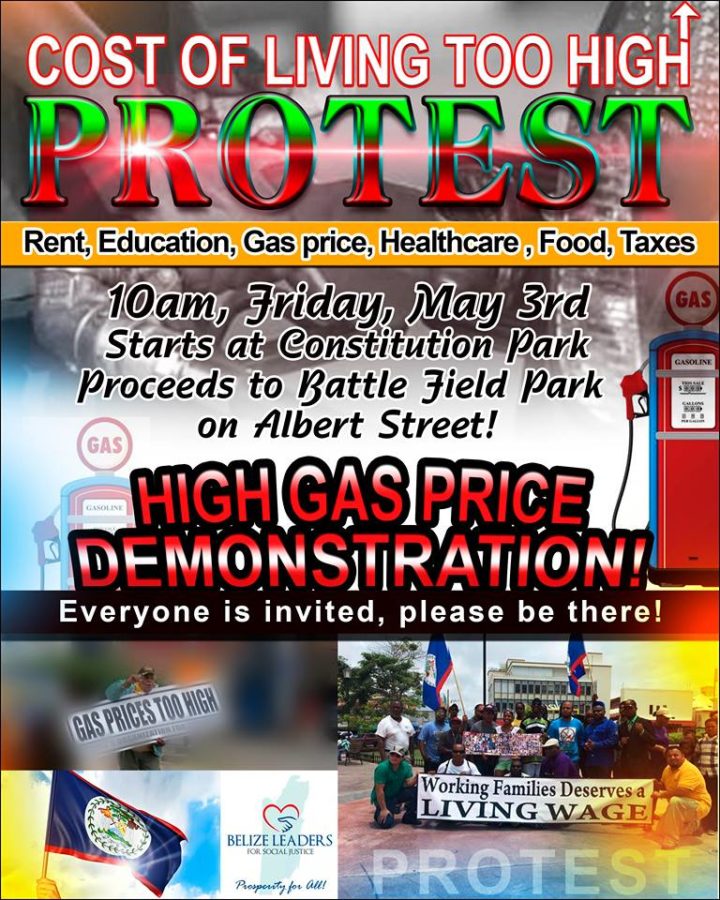 By BBN Staff: The activist group Belize Leaders for Social Justice, is calling on concerned Belizeans to stand with them on Friday, May 3, as they march in Belize City to demand that the Government of Belize address the high cost of living.

The protest will start at 10 :00 a.m. in front of the Constitution Park on Cemetery Road, make its way over the Pound Yard Bridge, up Orange Street, turn onto Albert Street, and end at the Battlefield Park.

The group’s spokesperson, Moses Sulph, said that the protest is geared towards highlighting a number of social issues that have contributed to the high cost of living, such as the ever-increasing cost of gasoline and the need to raise the country’s minimum wage.

“We believe that everything is too high: rent, light bill, all the different goods, and services. All these things have been increasing over the past 15 years to almost 100 percent, but the minimum wage has remained constant,” Sulph said.

The group has done this type of protest before, hosting one demanding a raise of minimum wage and another to demand a reduction of gas prices, both of which happened in 2017. The group believes that, given the cost of fuel in the region, Belize can comfortably afford for a gallon of fuel to remain around $9.

Sulph added that the group hopes to make the protest a part of a larger, sustained effort until Belizeans get the relief they need.