Department of the Environment reminds that burning garbage is prohibited 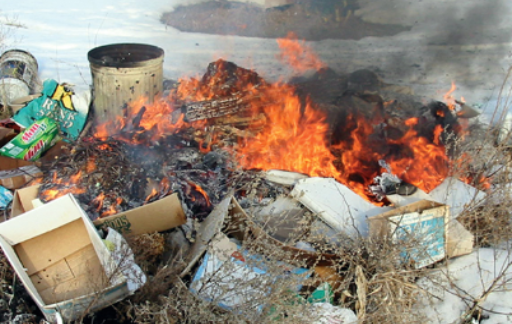 By BBN Staff: The Department of the Environment (DOE) issued a statement reminding the public that the burning of household garbage is prohibited.

DOE says that it has been receiving increased reports of the burning of household garbage in both urban and rural areas.

This prevalent but harmful practice greatly reduces the air quality for residents and threatens life and property from fires, especially around this time of the year due to the dry season.

The burning of garbage emits invisible but harmful substances into the air that is breathed in by people, including vulnerable persons, such as the elderly, babies and those suffering from respiratory diseases.

The DOE calls on everyone to cease from burning garbage, whether in towns, cities or villages, in order to maintain air quality for all residents.

Air pollution is regulated under the Pollution Regulations, which state that it is illegal to allow or permit contaminants to be emitted or discharged either directly or indirectly into the air from sources without a permit from the DOE.