The faults in the new Referendum Act 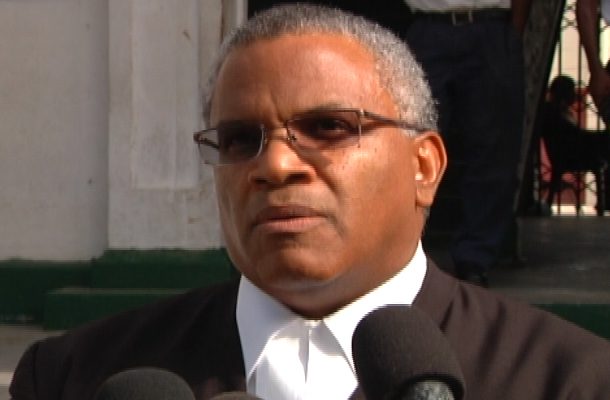 By Aaron Humes: The Government of Belize threw a bit of a curveball with the passage of a new law specifically addressed at a referendum on the Belize-Guatemala dispute.

Aside from an impatience to get the matter over with, the Government was not clear about why it chose this route over a debate in the National Assembly under the standing Referendum Act.

But as he did in the Senate, Senior Counsel Eamon Courtenay made the case for why he and the People’s United Party believe that the new law is unconstitutional and sets the Government in its own trap.

After Monday’s hearing in the Supreme Court, Courtenay made note that, like a similar law in Grenada brought to the Senate’s attention, the enumerated clauses of the Representation of the People’s Act must be brought out in order to support the new law, otherwise it violates the principle of legality.

The new law, says Courtenay, has no provision to empower a voter to challenge the result of the referendum, and the P.U.P. has its misgivings with the Election and Boundaries Department over the conduct of past elections and more recently re-registration. It is just another reason why he says the whole process should be put on pause.

Courtenay also noted that while they won on the matter of the original writ of referendum, their challenge had more to do with the Special Agreement and its constitutionality, and this is subject to a cross-appeal to the Court of Appeal which is pending. It, therefore, fought to remove the jurisdiction over the injunction to the higher court and will now try to move that court to hear it as soon as possible.

Responding for the Government, Senior Counsel Lisa Shoman said she awaits the formal arguments on the re-amended fixed date claim form taking into account the new Act, while clarifying that the April 3 injunction, still in effect, does not extend to any and all referenda on the ICJ issue, a fact she says her opponents have in effect conceded.

She added that the onus is on her opponents to overturn the Supreme Court’s doubts with regard to the constitutionality of the Special Agreement at the Court of Appeal.