Police find pistol at a cemetery

Man shot and killed on Jones Avenue in Belize City 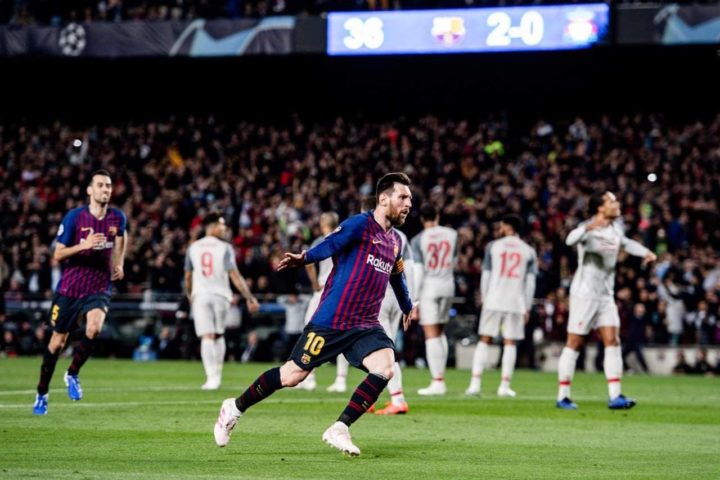 By Aaron Humes: Argentine playmaker, Lionel Messi, took his total number of goals for Barcelona F.C. to 600 in fine style, scoring twice to leave last year’s beaten finalists Liverpool F.C. in a deep hole to climb out of after the first leg of the Union of European Football Association (UEFA) Champions League at the Nou Camp, Barcelona, Spain.

The English league leaders were mostly equal to Spanish champions Barcelona in a hectic first half despite going down 1 nil after Luis Suarez scored a tap-in. However, the always dangerous Messi seriously damaged their hopes with a goal he scored from a Suarez shot that hit the bar and rebounded. Messi scored his second goal, and Barcelona’s third goal, by curving a free-kick around the wall and into the ‘V corner’ of the goal. That master-like free kick saw Liverpool’s goalkeeper flying but unable to reach the ball.

Liverpool pressed and probed but could not find the away goal they needed, and nearly gave up a fourth goal just before the game ended.

The result delighted thousands of Belizean who are avid fans of ‘Barca’ and its Argentine hero, Lionel Messi. These local fans spent this Labour Day afternoon watching the contest and celebrating Barcelona’s victory.

Barca fan, Belizean Beverly Vernon told BBN: “It was a much needed win and puts us in a good position for the second game against Liverpool. We Belizeans who are Barca fans will be cheering on our team next Tuesday as we aim to beat Liverpool again, then it’s on to the finals.”

That match takes place at 8:00 p.m. in Liverpool, 1:00 p.m. Belize time, on Tuesday, May 7th. The winner advances to take on the winner of the other semifinal between Tottenham Hotspur F.C. of England and Ajax F.C. of the Netherlands. In this matchup, Ajax leads 1-0 after a narrow victory at Hotspur Stadium in London on Tuesday evening.