3 killed in less than 24 hours in Belize

PUP plans series of ‘People’s Rallies’ ahead of referendum 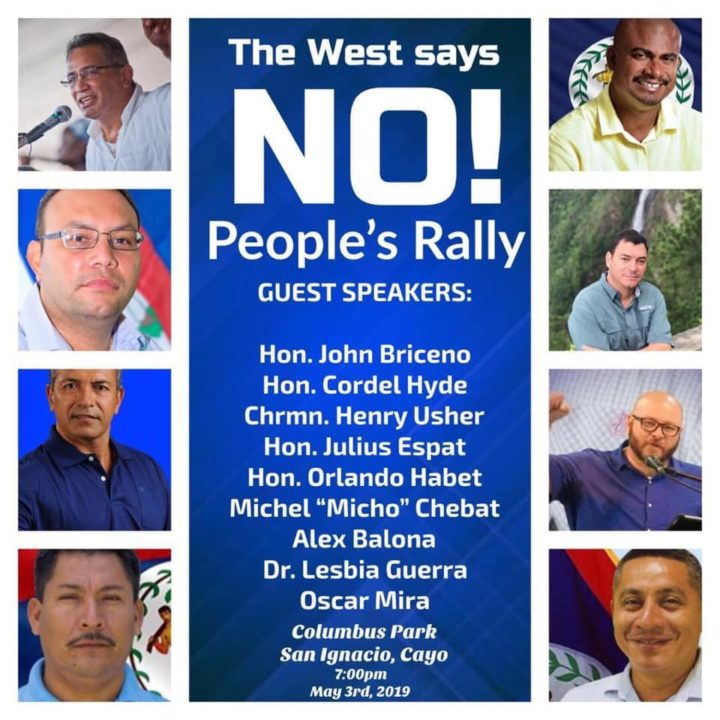 By BBN Staff: With only 6 more days to Belize’s historic national referendum, the Opposition People’s United Party (PUP) has planned a series of ‘People’s rallies across Belize encouraging supporters to vote ‘No to the ICJ’.

In a full blown ‘No to the ICJ’ campaign, Leader of the PUP, John Briceno last week issued a letter to all standard bearers urging them to gear up their campaigns.

Briceno, as well as members of the PUP national executive, have embarked on planning rallies countrywide.

The first rally will be held tonight in Independence village entitled ‘The South says No.”

Another rally is scheduled to be held tomorrow night at the Columbus Park in San Ignacio.

The same series of ‘People’s rallies’ have been planned for Belize City, Corozal and Orange Walk.

On May 8, 2019, Belizeans will decide whether or not to take Guatemala’s claim on Belize’s land, insular and maritime territory to the International Court of Justice (ICJ) for final settlement.