Birders across Belize get ready to participate in Cornell Lab of Ornithology’s–Global Bid Day on May 4th, 2019 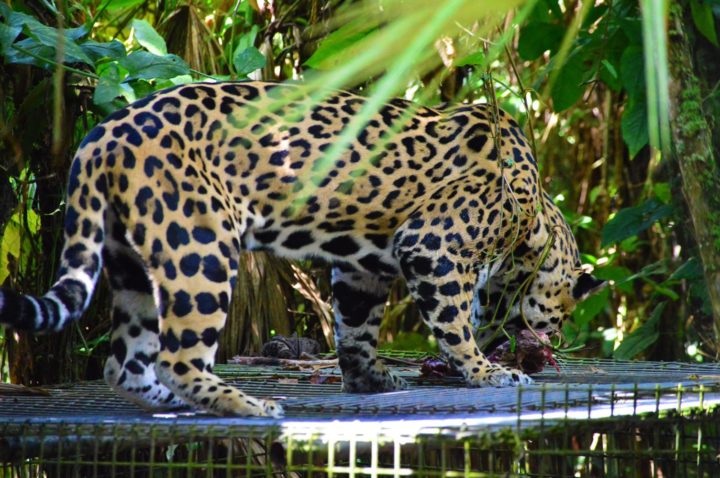 By BBN Staff: Conservation groups are calling on transnational cooperation to protect jaguars, as new population estimates say that there are around 15,00 of the animal left on earth.

An article published yesterday on EcoWatch entitled “15,000 Wild Jaguars Left, Humans Must Work Together Across Borders to Protect,” highlighted encounters with poachers as the major killers of jaguars. Poachers kill jaguars to sell their body parts such as their heads, fangs, and paws on the black market. These encounters are increased as jaguars venture outside of the safety of reserves in search of food.

Deforestation is also cited as a major issue for jaguars, as well as agents of organized crime who often clear areas of jungle to create illegal airstrips for drug plane landings.

The article also highlighted a research project conducted by the Wildlife Conservation Society in Guatemala, to illustrate how borders between nations present a problem for animals such as jaguars, for who borders do not exist.

Between late 2017 and early 2018, two dead jaguars were reported in Belize, with both incidents having obvious signs of human interaction. On December 26, 2017, the first jaguar floated up in a canal in Belize City with his fangs removed. The owners of Manatee Lookout Restaurant found the second jaguar floating headless in the Belize River on Wednesday, January 10.

The Department of the Environment offered a $10,000 reward for information leading to the apprehension of the persons responsible, but to date, there has been no word of any arrests made in either incident.