PUP Leader: On Wednesday, Take a stand for Belize! 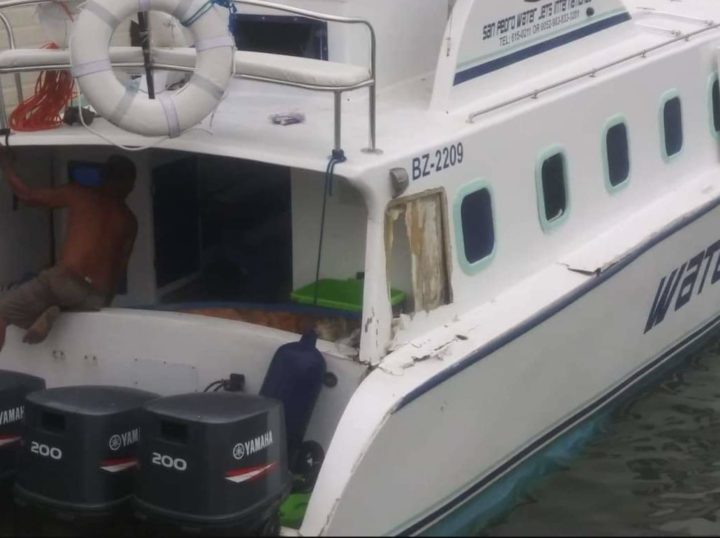 By BBN Staff: According to the Belize Fire Service, a gas leak was responsible for the explosion at Ocean Ferry Water Taxi, that claimed the lives of two children yesterday.

Assistant Fire Chief Benisford Matura, explained that preliminary investigations revealed that the leak caused gasoline to settle in an area of the boat where it should not have been. Matura said that the fumes from the settled gasoline were of the right mixture to combust in the presence of any spark.

“In the area under the boat, the whole area had the high scent of fuel. And you could see where there is the residue of gasoline in the area,” Matura said. “The only thing that should have been present in that area is water.”

The department is still investigating if there was a fault in one of the boat’s components that caused the spark which ignited the fumes.

Matura noted that the explosion was just the combustion of the fumes and that the boat’s three fuel tanks were intact. He stressed that if the tanks had blown the situation would have been worse.

Matura said that the medical personnel on the scene did their best to try and save the two little girls, but their injuries were too severe.