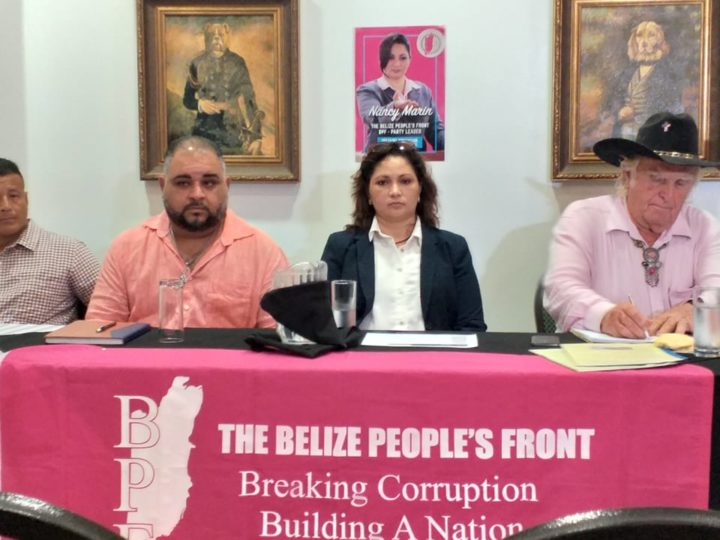 By BBN Staff: Today, the Belize People’s Front, an organization known over the past few years for its advocacy for border demarcation and saying “No” to the ICJ, announced that it plans to contest the 2020 general elections.

The activist group turned political third party, said at a press conference today that it already has 12 dedicated candidates and should be moving up to 15 within the next two weeks. It hopes to have a full 31 coming into the elections.

Nancy Marin, who simultaneously announced her candidacy for the Cayo North East constituency, said that the party knows difficult times are ahead, but feels that the party brings something new to the table that previous third parties did not have such as taking the time to vet its candidates and keeping itself from the legacy of corruption that the two major political parties are known for.

“We have not elected leaders, we have elected politicians who are greedy,” Marin said.

The party is pooling resources locally and has gone as far as to seek investors from Mexico to aid in their campaign.

The party is coming in on a platform of reformation of the current systems, which has given rise to corruption. The party noted among its list of goals is to lead by example and if, elected, implement a pay reduction for elected representatives.