Man survives gunshot to the neck 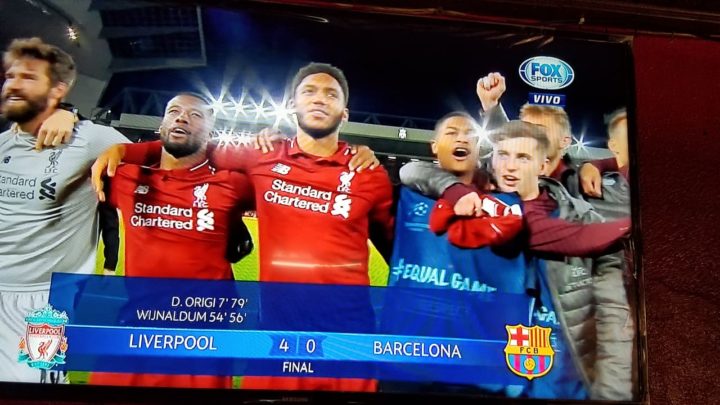 By Aaron Humes: Some said they didn’t deserve a 3-0 score to come back from in the first place, nor to have two of their best players sidelined by injury. But few would say after tonight’s events in Liverpool that Liverpool F.C. did not deserve their 4-0 victory in the Champions League semifinal.

This semi-final game joins the ranks of greatest European comebacks including Liverpool’s penalty win in the 2005 final vs AC Milan and efforts by Barcelona, Manchester United and others.

Opponents Barcelona F.C. were rocked by an early goal from Belgium’s Divock Origi, who had to be placed in the lineup with Swiss Xherdan Shaqiri in place of injured Mohamed Salah and Roberto Firmino, in the seventh minute. He tapped in on the rebound from a save by the Barcelona keeper.

Barcelona tried to hit back through the ‘iconic’ Lionel Messi but Liverpool frustrated him and took a 1-0 lead to half-time, though they lost defender Andy Robertson to injury.

Robertson’s replacement, Georginio Wijnaldum, turned the game on its head with two goals in as many minutes, driving low past goalkeeper Marc-Andre Ter Stegen in the 54th minute then heading in another in the 56th minute.

With today’s 3 goals for Liverpool, they were tied with Barcelona 3-3 in aggregate goals as Barcelona had whipped Liverpool 3 goals to nil in their home game last Wednesday, 1st May. With this tie in aggregate goals, the stage was set or extra-time but Origi provided the last fatal blow, scoring a corner from Trent Alexander-Arnold’s.

Liverpool will find out who their opponents for the June 2 Champions League final will be when Tottenham Hotspur meet Ajax on Wednesday.