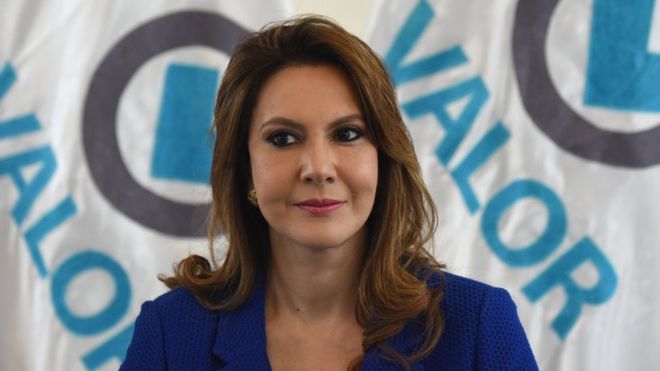 By Aaron Humes: Guatemala’s presidential election on June 16 may be marred by court decisions.

This week, front-runner Zury Rios, daughter of the late ex-military ruler General Efraín Ríos Montt, was barred by the constitutional court due to a provision in the Guatemalan constitution that bars close relatives of coup leaders from the top office.

According to the BBC, General Rios Montt seized power during a 1982 coup d’état, in the midst of a war between the military regime and Marxist rebels. He was accused of ordering the killing of more than 1,700 ethnic Mayas, whom his regime suspected of harbouring insurgents. The general was ousted by his defence minister in August 1983 and 30 years later he became the first former head of state to face genocide charges in his own country. He was found guilty but that ruling was later thrown out by Guatemala’s high court. He died aged 91 on 1 April 2018, six months after his genocide trial had resumed.

Both are accused of criminal charges before the court: Aldana for embezzlement, lying, and tax fraud, and Torres for illicit campaign funding. Each denies the charges. A fourth candidate, Mario Estrada was arrested in the U.S. last month, says the BBC, on drug conspiracy charges.

The top two winners of the poll go on to a run-off later this year to replace Jimmy Morales, who is barred from another term.