Are you ready for the Belize Chocolate Festival 2019? 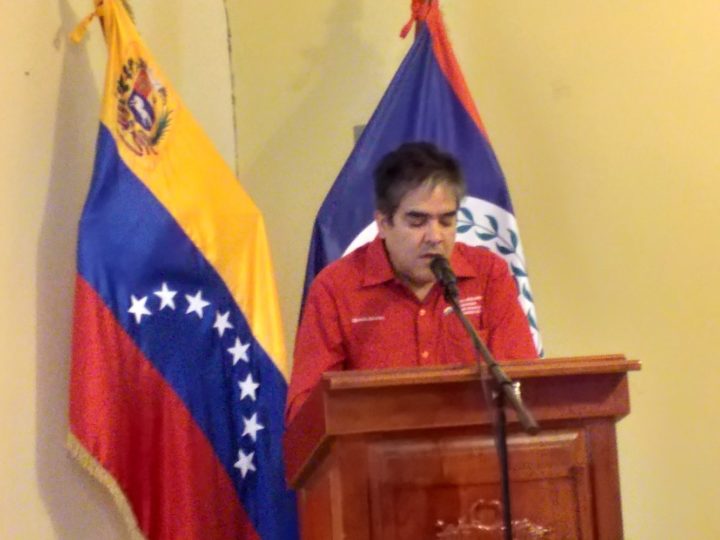 By BBN Staff: Today, the Belizean Organization for Solidarity with the Bolivarian Revolution (BELVEN), held an information session in Belmopan with various non-governmental organizations and community activist groups, to share information about the ongoing crisis in Venezuela that has not been widely reported by international media.

BELVEN held the event at the Venezuelan Institute of Cooperation in Belmopan. Cesar Ross, national president of BELVEN, said that thesession focused on the plight of the Venezuelan people as they face embargoes, the freezing of government assets overseas, and other economic sanctions imposed by the United States and its allies, as well as the effect that those measures have had on those people.

“While they are attempting to shut down information that does not confirm with the storyline that they want out there, we are prepared to launch our own little mini media houses in sharing information, sharing the revolution and the focus of the Venezuelan people,” Ross said.

The session also served as a think tank to see how people in Belize can offer humanitarian assistance to the people of Venezuela in this
time of dire need.

Venezuela’s ambassador to Belize, H.E. Gerardo Argote, spoke at the event, stressing that he is moved at the support that the people of Belize has offered to Venezuela.

“We have to show the truth about what is happening in Venezuela because you have a lot of media houses, but most of them only show one side of the coin,” Argote said. “It’s not my truth, it’s the women’s truth, the elderly’s truth, the children’s truth, the people of Venezuela’s truth.”

The US has imposed over 100 economic sanctions on Venezuela since 2017, including freezing over $400 million of the country’s money being held in foreign banks. The US has also called for a peaceful resolution to the rising social conflict in Venezuela, through the
the leadership of Opposition Leader Juan Guaidó, who declared himself interim president of Venezuela earlier this year.