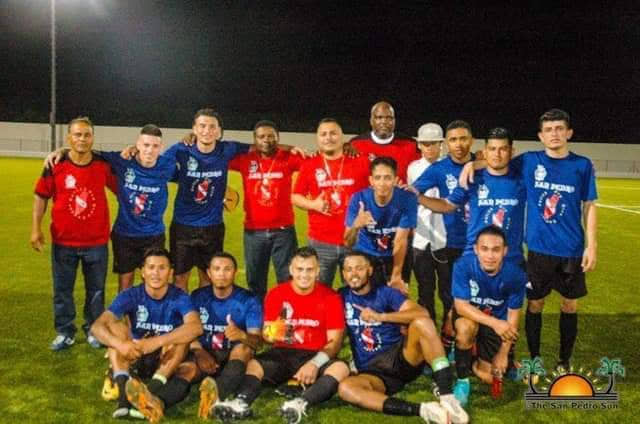 By Aaron Humes: With less than 45 minutes left in the closing season of the Premier League of Belize (PLB), homestanding San Pedro Pirates and the defending champion Belmopan Bandits were locked at zero goals a-piece at the Ambergris Stadium. With a 1-0 loss to the Bandits last week, the Pirates were in danger of falling short, losing the PLB Closing Season with an aggregate goal score of 1-0.

However the Pirates found 2 second half goals to upset and spoil the normally confident Bandits’ dreams of another title, winning 2-1 on aggregate and 2-0 on the night.

Facundo Garnier beat Shane Moody-Orio with a left foot shot that hit the back of the net in the 66th minute. Ten minutes later, Facundo Garnier centered a corner kick which Nelson Mora headed into the goal to give the Pirates the 2 nil edge. With this victory the San Pedro Pirates secured their first ever PLB title.

The Bandits will still head to the CONCACAF League as overall champions with the better aggregate record in both the opening and closing season.

BBN congratulates both the San Pedro Pirates and the Belmopan Bandits on their football achievements this season and we wish the Bandits success as they head on to CONCACAF to represent Belize.