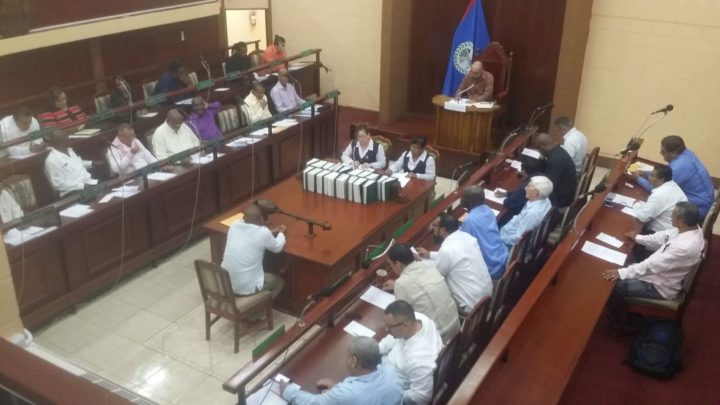 By Aaron Humes:In opening this morning’s special meeting of the House of Representatives, Prime Minister Dean Barrow clarified the intent of the amendment to be presented to the Maritime Areas Act, which was first passed in 1992.

The Bill will be passed this day and has been sent to the Constitution and Foreign Affairs Committee to be examined, considered and reported on during a formal suspension of the House sitting.

The Prime Minister explained that there was a late change made to properly clarify the intent of the bill, which is to repeal the relevant provisions purposed to provide a framework to seek a negotiated definitive agreement on territorial differences with the Republic of Guatemala, leaving in the definition of the maritime areas of Belize on the basis of international law. That definition will ultimately be tested and determined by the International Court of Justice.

Also presented was the Tax Administration and Procedure Bill , which establishes a Belize Tax Service Department, merging the Income and General Sales Tax Departments. This is intended to “facilitate the official and effective administration and collection of domestic taxes; to provide for tax procedures; to provide civil and criminal penalties for violating tax laws and other matters.”