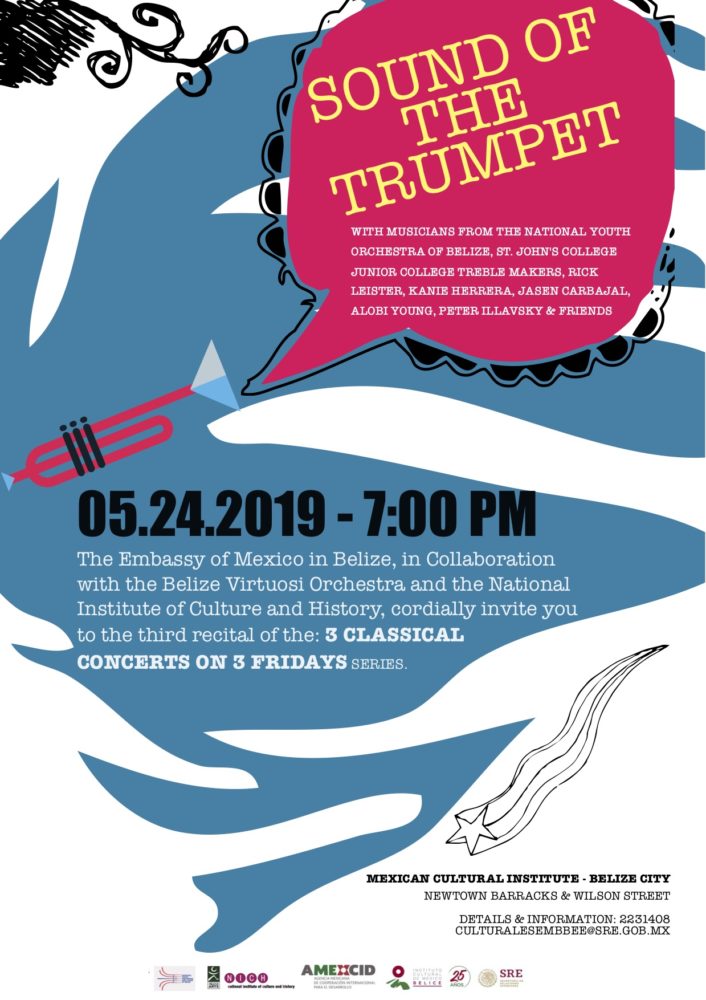 By BBN Staff: The Embassy of Mexico in Belize, in collaboration with the Belize Virtuosi Orchestra and the National Institute of Culture and History, is inviting the public to the musical event: The Sound of Trumpet, third and final recital of the: 3 Classical Concerts on 3 Fridays musical series, to be held at the Mexican Cultural Institute – Belize,  this Friday May 24 at 7:00 p.m.

Other Belizean musicians to be part of the event are members of the National Youth Orchestra of Belize, St. John’s College Junior College Treble Makers, as well as Kanie Herrera, Jasen Carbajal and Alobi Young.

Rick Leister is a native of Toledo, Ohio, United States.

After he moved to the Chicago area in 1976, he consolidated himself as one of the city’s most accomplished trumpet players.

He has performed with the Toledo Symphony, Elgin Symphony, The Apollo Chorus, the Ravinia Festival Orchestra and the Chicagoland Pops.

His father, an accomplished Opera-singer discovered his son’s talent and sent him to study with the Vienna Boys Choir.

He also served as Cello-Player at the Joseph-Haydn-Quartett in Eisenstadt.

From 1987 until 1990, he became member of the orchestra “Arena di Verona” where he worked with Placido Domingo, Jose Carreras and Luciano Pavarotti.