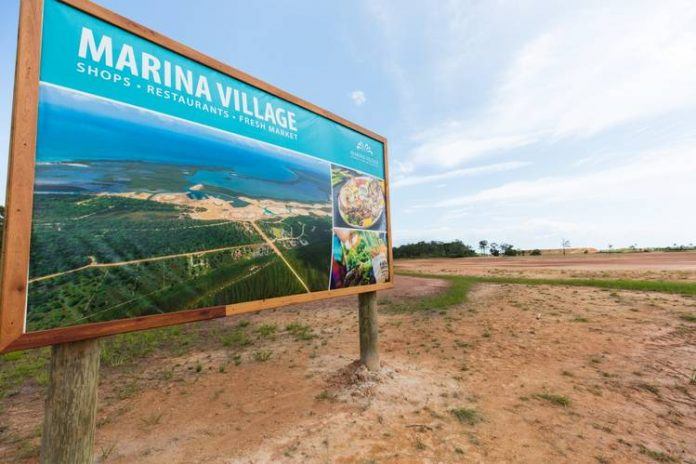 By Aaron Humes: The U.S. Federal Trade Commission (FTC) and Atlantic International Bank Limited (AIBL) are in negotiations over a settlement of their case regarding the Sanctuary Belize scam first exposed late last year.

Meanwhile, Prime Minister Dean Barrow says he has no knowledge of the Government guaranteeing anything regarding the property, as alleged in the sworn evidence provided to the FTC .

An initial meeting between the FTC representative and Central Bank Governor Joy Grant, and Ambassador for Economic Affairs Mark Espat, was delayed due to plane issues but a meeting was eventually held in Miami, Florida. Now the FTC representative must meet with the appointed liquidator for AIBL, Julian Murillo.

U.S. Charge d’affaires and top man at the U.S. Belize embassy, Keith Gilges also met with the FTC and PM Barrow separately at which the subject of a potential settlement was discussed.

According to the Prime Minister, the Government cannot directly agree on a settlement without giving up immunity for the Bank; it is the liquidator who must come to an agreement with the FTC on behalf of the bank.

The Government also wants to manage the orderly closure of the bank while satisfying the FTC’s heavy claims for compensation to Sanctuary Belize’s victims.