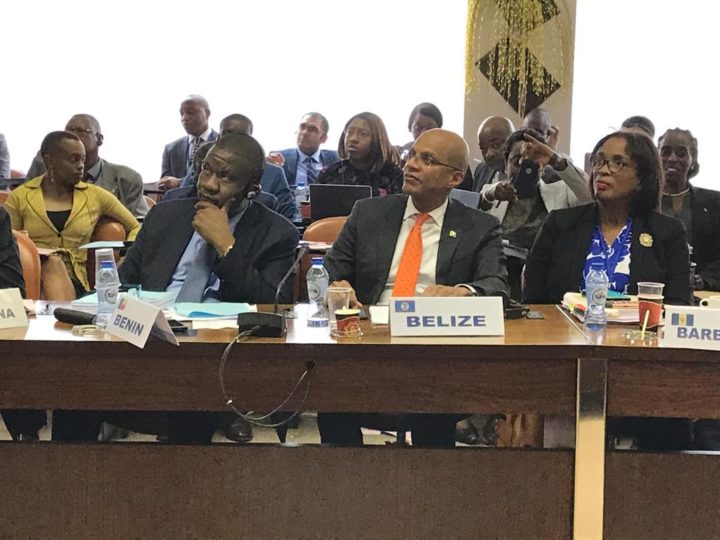 By BBN Staff: The 109th Session of the African, Caribbean, and Pacific (ACP) Council of Ministers meeting was held in Brussels, Belgium from 21-22 May 2019.

The ACP group of states adopted a resolution that reasserts the steadfast commitment of the 79 member states to the territorial integrity, sovereignty and security of Belize in the context of Guatemala’s claim.

The ACP Ministers commended Belize for successfully conducting its national referendum on May 8, 2019, and welcomed the decision of Belizeans to seek peaceful recourse to the dispute by submitting Guatemala’s claim of Belize to the International Court of Justice (ICJ) for final resolution.

Furthermore, the ACP Council of Ministers expressed its concern in relation to the unfriendly actions pursued by Guatemala in the Sarstoon River and called on Guatemala to move expeditiously to engage with Belize to formulate a cooperation mechanism for the Sarstoon

The ACP Council also called for continued international community support for the important facilitation role of the Organization of American States (OAS) in the implementation of confidence building-measures between the two states.