How Lee Mark Chang says he can win Caribbean Shores 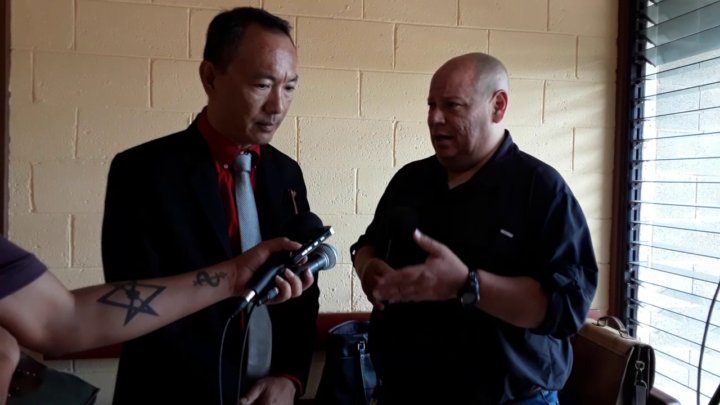 By Aaron Humes: Now-former President of the Senate, Lee Mark Chang, finds himself in a one-on-one showdown with former Belize City Councilor Leila Peyrefitte after former Mayor Darrell Bradley and former area representative for Caribbean Shores, Santiago “Santino” Castillo withdrew from a convention in the division set for June 30.

Chang told reporters this week that he has been preparing for a potential candidacy for the past 2 months, after first hearing rumors of Bradley stepping aside. But Peyrefitte has something of a headstart, having put her machinery to the test on referendum day, May 8, and making alliances with top United Democratic Party officials including Deputy Prime Minister Patrick Faber.

But while Chang has political experience of his own, having run a campaign in the nearby Freetown Division where he lost to Francis Fonseca in 2012, Caribbean Shores is the ideal division for him to run in, he says: Chon Saan Palace, his restaurant business, was originally started at the corner of Freetown Road and Douglas Jones Street before moving to its current Kelly Street location. He attended St. Joseph Primary School nearby and his family continue to live there, and he has the pulse of the division from Plaza into King’s Park.

Chang said: “We all have allies, but the thing is that the people are the most important factor. The people of Caribbean Shores will choose who they feel best fits their needs.”