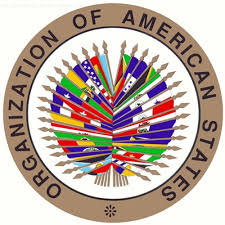 By BBN Staff: Belize was among the 10 nations that abstained from taking a vote on a resolution passed by the Organization of American States (OAS) referencing the ongoing political crisis in Nicaragua.

Belize, Barbados, Dominica, Grenada, Jamaica and St. Kitts-Nevis were among those countries, while Trinidad and Tobago was absent from the meeting altogether.

The OAS Permanent Council passed the resolution calling for a peaceful resolution from the civil unrest in the country following the government crackdown on protestors who are calling for the resignation of President Daniel Ortega.

Nicaragua voted against the resolution along with St. Vincent and the Grenadines and Suriname. Antigua and Barbuda, The Bahamas, Guyana, Haiti, and St. Lucia were among 20 countries that voted in support of the resolution.

Hundreds have died and hundreds have been arrested in the protests which began last year, as Nicaraguans voice their discontent with the fact that President Ortega and his wife, Vice President Rosario Murillo, have control of every arm of government, while their children also have control of various aspects of the country such as gasoline distribution and television stations.