US Embassy names “Wonder Woman” for the month of June 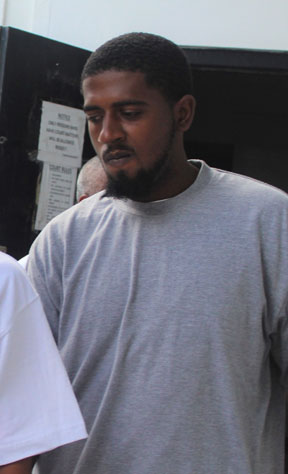 By Aaron Humes: Accused as a minor of the October 2014 murder of Jose Luis Umana and attempting to murder Dane Carcamo, 21-year-old Charles August was freed of the charge on Friday by Supreme Court Justice Collin Williams.

The main witness for the Crown, also a minor at the time, discredited a statement he gave to police at the time of the incident in a voir dire, stating that he only signed it and that the policeman who took it wrote it down without input from him.

That statement had placed the then 16-year-old August at the scene as the man who allegedly shot Umana but the court ruled that the witness was believable and that the statement presented in court was not what was given to police.

Target Dane Carcamo testified that he was socializing with Umana at the corner of Hyde’s Lane and New Road when they were shot at. He managed to avoid injury.

But Carcamo told police at the time – and maintained in testimony – that he did not see the face of the shooter as the attacker wore a shirt over his head covering all but his eyes.

August’s attorney Anthony Sylvestre submitted that his client had no case to answer and this was upheld by the court.