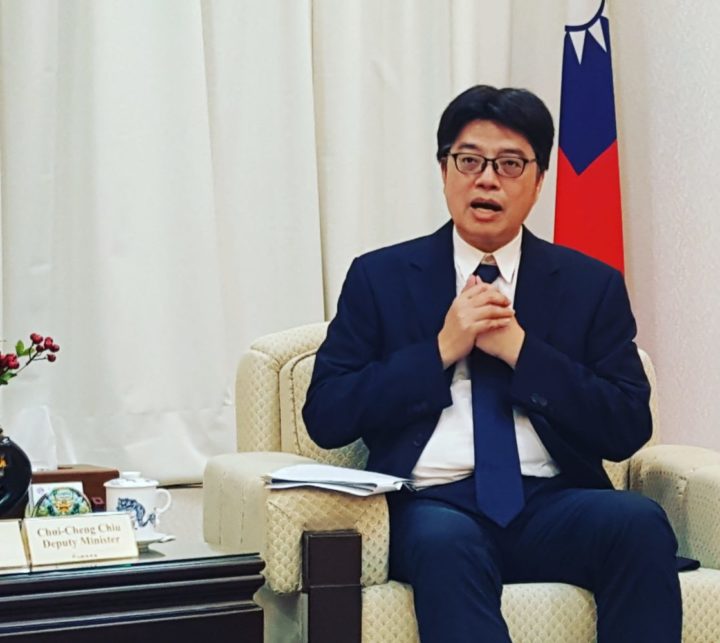 The Mainland Affairs Council is a cabinet level administrative agency under the Executive Yuan.

The office is charged with planning, developing, and implementing policies between Taiwan and the People’s Republic of China .

Chen told the group that the council was founded in 1991 when Taiwan and China began to interact with each other.

Chen explained that the Taiwan- China relations is critical to the stability in the Asia-Pacific region.

” Taiwan society and Government will not give up its effort to be a part of international bodies,” Chen said.

Chen asserted that the issue with China can only be solved through communication and dialogue.

Taiwan maintains that it has never been a part of the People’s Republic of China and from public polls taken, 80% of Taiwanese residents agree to maintain the status quo of an independent and democratic Taiwan.

Last month, the World Health Assembly was held in Geneva; Switzerland and Belize’s representative, Dr. Marvin Manzanero in his address called for Taiwan’s inclusion citing that many countries, including Belize, can learn from Taiwan, a pioneer in universal health coverage.

In addition, Chen thanked all of Taiwan’s diplomatic allies for their continued support.