ComPol to Teachers’ Union: do your jobs too! 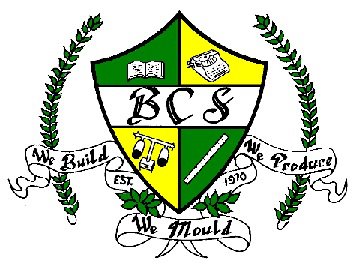 By Aaron Humes: For the second straight day, fourth form teachers of Belmopan Comprehensive School protested favorable treatment for seventeen of their students, who will participate in graduation despite not having successfully satisfied requirements to participate in Thursday’s exercises.

Today, sitting out classes on the basketball court, they were joined by students partaking in final exams, who decided to stand in solidarity with them despite not being obligated to do so, per a press release issued this evening.

The teachers had written to acting principal, Medellin Guzman Campbell, of their decision on May 30, noting that this is the third consecutive year they have had to deal with this issue without being properly consulted and against school policy. But the acting principal replied the following day that the students were considered for “recuperation in compulsory subjects” and will complete the classes over the summer.

In a press release, the teachers say events will change the existing standards for graduation. They say they have not seen the grades or pass/fail list for fourth-formers; they were required to sign reports where the grades were blocked out and only the signature section was visible. They say the school has no recuperation policy and the proposal for students who failed up to four subjects including compulsory Math and English is not in accordance with existing policies; it is not true that teachers did not have academic/behavioral interventions such as extra classes, a mandatory make-up week, dropping of lowest grades and direct consultation; and four of the seventeen students did summer classes previously and should either repeat or withdraw.

With no response from the school board to an email sent by the teachers, they were discussing the issue when they were joined by students leaving the examination rooms while the tests were ongoing. There is as yet no resolution or compromise despite attempts to do so and so the teachers conclude by warning they may take further action.

This is at least the third straight year with issues over graduation of students at the school, which is Government-owned. There has been no comment from the school administration.