Belmopan Citco faulted for not paying contributions for a sick worker

Father, 28, charged for death of his 2 month old son gets bail 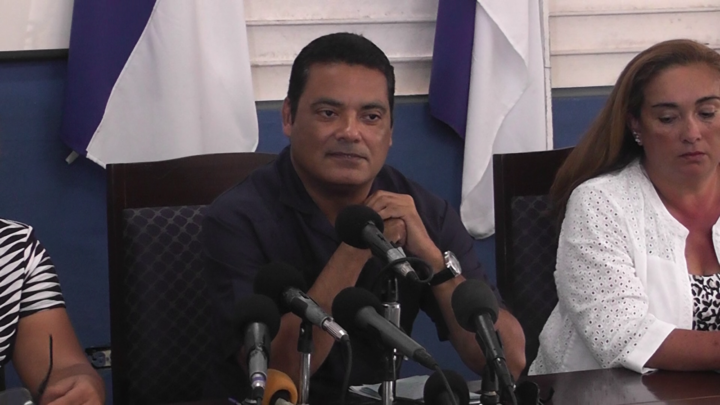 By Francis Fonseca: Belize has seen its share of sensational murders over the years. I recall some 20 years ago the dramatic kidnapping and murder of real estate heiress Therese Blake which took place in the area of the now BTL (DIGI) PARK.
Panic and outrage set in for a few weeks but then life returned to normal. I suppose we had no choice.

In October of 2010, there was the shocking murder of Attorney and former Magistrate Richard Stuart and his wife Maria, a chartered accountant, which took place at Guadalupe Crescent in the West Landivar area of North Side Belize City. Panic and outrage set in again and the expressions of sympathy flowed wide and far. Then life went on.

On January 8th, 2013 the nation awoke to the news of the sensational mass murder of 4 young men in an apartment building at the corner of Dean and Plues Street in the George Street gang turf of Belize City. Among those killed was well known and liked Keino Quallo. Their throats had been cut and speculation spread like wildfire that our security forces (GSU) were somehow involved. No such involvement was ever investigated or proven.

Again families grieved, sympathies flowed and panic and outrage set in for a few weeks. But we moved on.

We grieved with the Cervantes family and mourned the loss of a good man Don Ramon Cervantes Sr who was senselessly kidnapped and murdered in orange walk a few years ago.

We cried when our Cross Country Champ Jaw Meighan was gunned down in cold blood at 11 am on a busy Saturday morning on South Side Belize City.

And of course, there are countless other examples we can all point to.

Today we are numb as our nation mourns the loss of a young dynamic school principal Alarice Andrewin and 2 other individuals which took place on June 4th at Mile 10 on the George Price Highway. The three victims were all bound and shot to the head. The Police Commissioner described the murders as ” serious and heinous “.

Condolences and sympathies are once again in free flow as they should be.

Panic has set in. This is natural and expected.

The outrage is deep, real and strong.

But is this a TURNING POINT?

Have we had enough?

Will we do more than shed tears and decry the sick and twisted state of our social fabric?

Will we unite across party political lines and across our social and economic divisions to confront the evil scourge of crime and violence eating away at our society?

Will principals stand together to demand not just justice but real change and action?

Will we demand that our broken justice system be fixed with a sense of purpose and urgency or are we “cool” with the conviction rate?

Will we as citizens support our security forces and assist those investigating crimes or will we continue to hide behind our walls and curtains?

My hope is that this most recent senseless and shocking tragedy WILL BE A TURNING POINT for our nation but if I were a betting man.