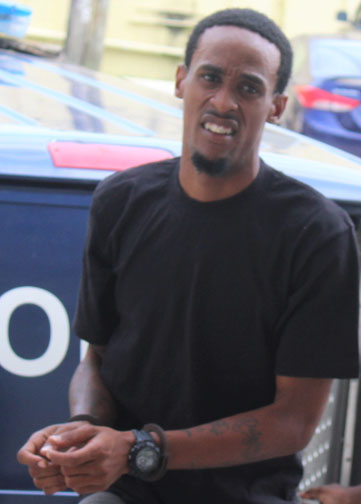 By Aaron Humes: Elwin Pollard Junior, 22, was accused of unlawfully imprisoning his ex-girlfriend for unknown reasons, but she decided not to continue with the case in court.

The woman, whom we will not name, reported to police that over the weekend, on Saturday, June 1, 2019, he held her against her will; but he denied it in court.

Pollard indicated that she had decided to not pursue the case, and asked the court for time to contact her to come to court. The Magistrate agreed and within half an hour, the complainant made an appearance in court and informed that she does not wish to proceed with the matter against her ex-boyfriend, the accused.

She had said she was at home when Pollard arrived and took her into a car then drove her to another residence where he locked her inside. She was unable to get out until a friend of his arrived.

The Magistrate asked if she was forced or threatened in any way to withdraw the charge, and she said no, that she was doing it of her own free will.