Admitted gangster says he wants to be left alone by police 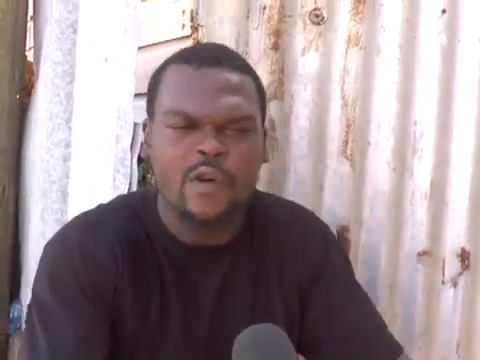 By Aaron Humes:  Police continue their crusade to rid the Old Capital of its gang elements, but one caught up in the net says he is under constant threat despite trying to leave the lifestyle.

Brian Armstrong,32, of West Canal pleaded guilty before Senior Magistrate Aretha Ford on Thursday to being a member of a criminal gang, specifically the Rocky Road Bloods.

The Bloods are neighbors to the infamous George Street Gang.

In enforcing on-the-books legislation outlawing gang membership, Police surveilled and probed Armstrong, finding social media photos of him displaying gang insignia and in the company of other suspected gang members.

In a later interview, Armstrong conceded his gang membership. But he argues that he officially quit the gang life about a year ago, though he still lives in the neighborhood where the gang is rooted.

But he objects to being followed by the law as he was following Thursday’s sentencing. He told Channel 7 News, “I want them (police) to back off from all of us – all of my boys because we are not giving any problems. We build a gate to hang inside. We don’t hang on the street corner. They (police) come in our yard and told us that we can’t hang inside. So are we on the street or on the sidewalk?”

Armstrong added that the Bloods are not giving any trouble and that having already faced bullets, he has nowhere to go and is trying to stay out of trouble.