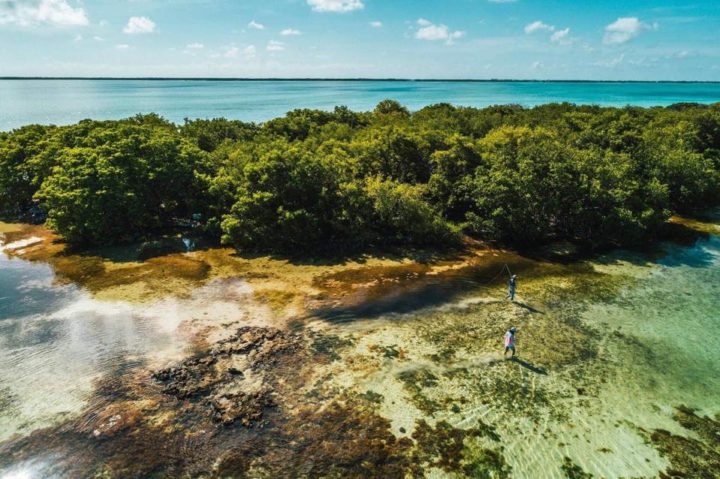 By Aaron Humes: The Supreme Court last week denied leave for judicial review by the Ambergris Caye Citizens for Sustainable Development (ACCSD) against the Department of Environment (DOE) regarding the approved development at Cayo Rosario.

The six-acre island west of Ambergris Caye, protected as a productive fish nursery, world-renowned catch and release sport fishing zone and important migration corridor, was included in the expansion of the Hol Chan Marine Reserve in 2015, determined to be critical to Ambergris Caye, and its flats fishing industry.

But in May of 2018, the National Environmental Appraisal Committee (NEAC) and the Department of the Environment approved plans for a major resort despite objections. The approved Cayo Rosario Development Plan calls for 50 island bungalows on the private island as well as 54 over-the-water structures over the protected fishing flats.

ACCSD subsequently filed suit but were turned down.

In a statement issued today, the organization said it would continue its fight to stop “destructive development, massive dredging, and over-the-water structures in Belize’s Hol Chan Marine Reserve, especially in this vital Conservation Zone that our community and local leaders fought so hard to protect.”

The Cayo Rosario development group, according to ACCSD’s statement, still requires permits from the Ministry of Natural Resources for dredging permits, mangrove clearing permits from the Forestry Department, as well as permissions from the Belize Fisheries Department to develop a portion of a national marine reserve. The Belize Fisheries Act, Hol Chan Regulations (2015) clearly states that “No Person within the boundaries of the reserve shall erect any structures temporary or permanent unless authorized by the Fisheries Administrator.”

The organization is calling on each of these Government departments to deny these permits and permissions on the basis that the proposed development activities will irrevocably damage ecologically and economically the important sand flats and seagrass beds around Cayo Rosario.