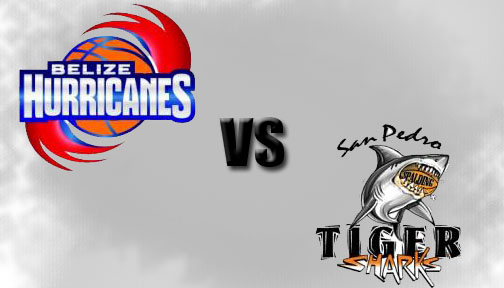 By Aaron Humes: The Smart Belize Hurricanes and San Pedro Tigersharks are all tied up – both at 2-2 in the 2019 National Elite Basketball League championship final and in the number of titles won in the league.

The first ever decisive game 5 will both determine a 2019 champion and the team with the most league titles since its establishment in 2014.

The Sharks were buoyed in game 1 by their cousins, football’s San Pedro Pirates, dethroning the mighty Belmopan Bandits in the Premier League finals on Saturday night, May 18.

But the ‘Canes have proven substantially more difficult to put away, defending their home turf twice at the Belize Civic Center.

The Sharks are powered by forward Jihad Wright, imposing center Martevius Adams and Francis Arana, who had a monster game 3 to give San Pedro a 2-1 series lead.

The ‘Canes counter with smooth guards: Devin Daly, Eyan Rene, the brothers Orosco and Glency Lopez. On the forward line, there is Akeem Watters and evergreen Keith Acosta.

The stage is set for a furious final showdown. Will it be Hurricane season again, or will the Sharks tear them apart? With the match set for the San Pedro auditorium, fortune favors San Pedro, but we’re sure there is one last twist to be told.

Find out at 9 p.m. tonight, with national coverage on TNC-10 and here at Breaking Belize News.