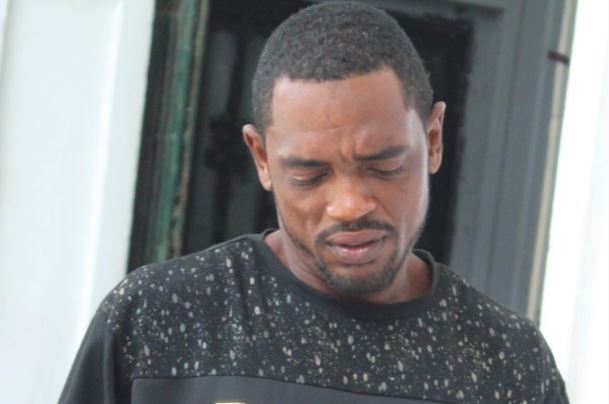 By Aaron Humes: George Street resident Leon Weir, 34, was before the courts again for keeping a prohibited firearm – which he says he was actually caught trying to dispose of.

The .45 Kimber MM-G brand pistol was found, police say, in a bushy yard not far from where a patrol spotted Weir on Thursday evening.

Weir pleaded not guilty before Chief Magistrate Sharon Frazer, saying he actually had no knowledge of the weapon. He claimed he had just left work at the market and went to a house and police came and claimed he was seen throwing an object. Weir said as many as three other persons were in the yard at the time but police only charged him for the prohibited firearm.

He is unrepresented and due to the nature of the offense, he was denied bail and remanded into custody at the Belize Central Prison until August 7, 2019.