GOB makes submission to the ICJ

Prison escapees to serve another year in jail 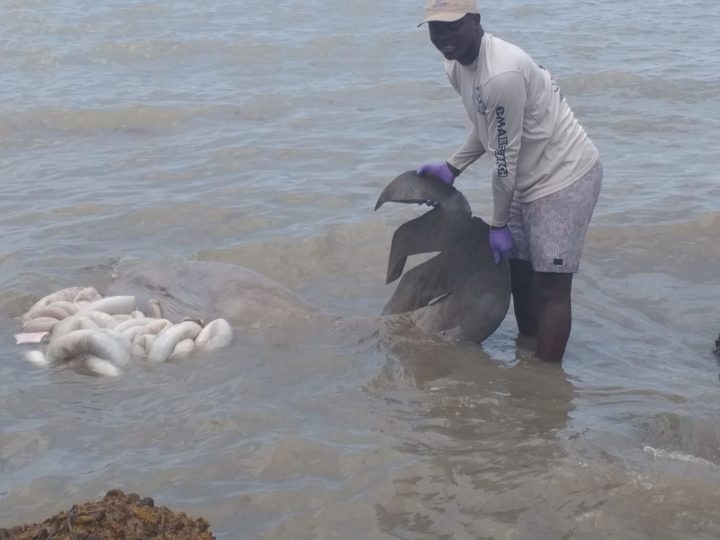 By BBN Staff: This morning the mutilated body of an adult manatee that was hit by a
boater washed up in the Yaborough “Yabra” area of Belize City.

yesterday that a manatee had been struck by a water taxi near the
Radisson Fort George Hotel and Marina, but when he made checks he did
not find the animal.

The body was found sometime after 10:00 a.m. revealing horrible slash

marks on the tail and the body split open from the back area.

“It is quite obvious that this animal had been hit by a boat, a
massive boat at that, and a boat that was probably traveling at very
high speed,” Galves said. “Initial investigations has shown that this
animal has, probably, some of the worst chop wounds I have seen in all
my life of studying manatees in Belize.”

Galvez stressed that there needs to be greater interventions at all
levels to ensure that the problem of boaters does not continue. He
called for stricter legislation, but also greater enforcement of related
legislation to address the problem. The discovery marks the third
dead manatee found in less than a month. The Toledo Institute for

Development and Environment (TIDE) reported that they had found two of
them between mid-May, and Monday of this week. TIDE also called for
greater community collaboration to help protect the manatees.

In 2018 alone, Belize lost a total of 45 manatees, many of them to
boaters who were speeding.