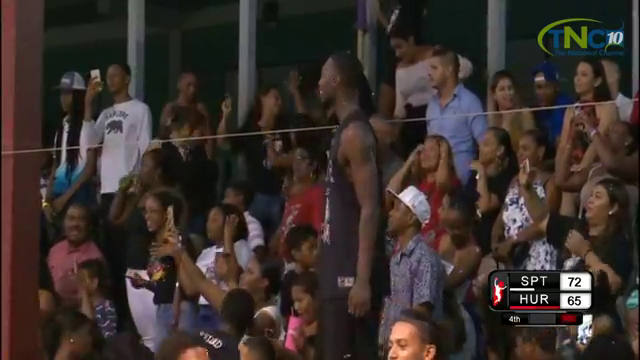 By Aaron Humes: They’re probably still partying this morning on Ambergris Caye, as the San Pedro Tigersharks swept away the Mirage Smart Belize Hurricanes 72-65 for their third National Elite Basketball League crown and first since 2015.

It was a low-scoring game, as often happens in these series-clinchers. The Islanders led all the way, though seriously pushed by the Hurricanes, who were also seeking their third league championship. The Sharks, coached by Rico Black and headed by Darren Bovell, were the third seed in the playoffs, going into the difficult terrain of the ‘Chiste’ Garcia Auditorium to defeat the Griga Dream Ballers. The ‘Canes, defending champions, took out number one seed Verdes and won both games at home at the Civic, but lost star guard Devin Daly in the first half and with it any chance of the title.

The congratulations have been pouring in, including once again from sports enthusiast and Government Minister John Saldivar, whose Belmopan Bandits Sports were defeated by the Pirates in the Premier League of Belize final on the same night as game 1 of the NEBL final. “I love sports. It’s my passion. Big congratulations to San Pedro Tiger Sharks on their third NEBL Title. Congrats also to the people of San Pedro. It’s a good feeling, I know! #ChampionIsland Big respect!!” he wrote on social media earlier today.

The team itself thanked fans for providing “the best home-court environment in the league” and their support through the season.