What Belize can learn from Singapore 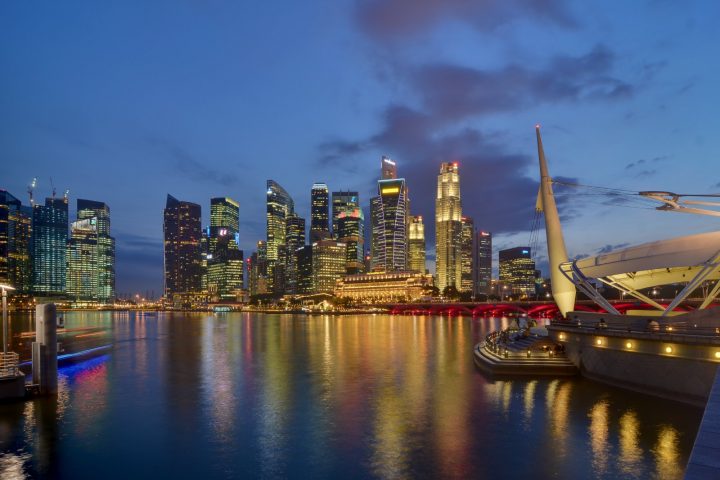 By BBN Staff: Belize, while still a small young developing nation has many obvious challenges, some more challenging than others, but the leaders of this country would do well to learn from the lessons of success and failure in other nations.

One country, which has transformed nearly every aspect of its society positively, and which Belize and other developing countries could look toward for inspiration is the small, yet fast-growing Asian country of Singapore.

Singapore, in fact, is similar to Belize in several ways. In terms of size, Singapore is considerably smaller at 278 square miles to Belize’s 8,867. The tropical climate and a Westminster parliamentary system of government are other similarities the two nations share.

The population in Singapore, however, is huge at 5,535,000 compared to Belize’s estimated 400,000. Singapore was also a British colony before being invaded by Japan and merging with Malaysia before attaining independence in 1965, a relatively short time ago.

Since then the country, with very few natural resources at its disposal, has made strategic efforts to improve its economy by focusing on key areas of governance and developing targeted industries.

A few years ago, British Prime Minister David Cameron visited Singapore and was one of the many world leaders to praise Lee Kuan Yew and the country for what they have achieved in a relatively short amount of time. Cameron talked of how Singapore’s first Prime Minister, Yew, “made this country one of the greatest success stories of the modern world”.

So why is Singapore’s achievement in 50 years so impressive? In 1965, when Singapore divorced Malaysia, the future of the tiny island looked bleak. Described as, “This poor little market in a dark corner of Asia”, Singapore had no natural resources, a rapidly growing population of immigrants, substandard living conditions and political vulnerability.

Fast forward just five decades and Singapore now boasts one of the most highly developed trade-orientated economies with little corruption, low tax rates, and the third highest per-capita GDP in the world.

Many have pointed out five things Singapore did in its early stages which set the foundation for its economy to successfully bloom:

Played to its strengths –  With no natural resources, Lee recognized the strengths of the country; its abundance of people and strategic location. He invested in his people and ensured that Singapore became the busiest port in the world.

Singapore made significant investments to educate its people with the skills for industries the country wanted to specifically target. An examination is given after the completion of each level of education to determine their placement at the next level based on their individual capabilities. This has helped to streamline students into the workforce with ease.

Much of the country’s revenue comes from its role as a busy port and trans-shipment point where merchandise is imported, stored or traded, and usually exported again.

Wasn’t afraid to imitate – Singapore’s government was originally based on the Westminster model, however, it was fine-tuned to ensure it stood strong with greater efficiency.

Singapore is a parliamentary republic with a Westminster system of unicameral parliamentary government representing constituencies. The country’s constitution establishes a representative democracy as the political system. Executive power rests with the Cabinet of Singapore, led by the Prime Minister and, to a much lesser extent, the President, who for the most part occupies a largely ceremonial post.

The Parliament serves as the legislative branch of the government. Members of Parliament (MPs) consist of elected, non-constituency and nominated members. Elected MPs are voted into the Parliament on a “first-past-the-post” basis and represent either single-member or group representation constituencies.

Although the elections are clean, there is no independent electoral authority and the government has a strong influence on the media. Freedom House ranks Singapore as “partly free” in its Freedom in the World report.

Tolerate zero corruption – Dubbed as “Disney Land with the death penalty” Lee’s harshest critics cannot dispute that no tolerance to corruption has been a key ingredient in Singapore’s recipe for progress.

Today, Singapore has a highly developed market economy, based historically on extended port trade. Along with Hong Kong, South Korea, and Taiwan, Singapore is one of the original “Four Asian Tigers”, but has surpassed its peers in terms of GDP per capita.

The Singaporean economy is known as one of the freest, most innovative, most competitive, and most business-friendly. The 2015 Index of Economic Freedom ranks Singapore as the second freest economy in the world. According to the Corruption Perceptions Index, Singapore is consistently ranked as one of the least corrupt countries in the world, along with New Zealand and the Scandinavian countries.

Keep things simple – Singapore has an open economy and by purposely ensuring that it is easy to do business here, it attracts huge amounts of foreign investment.

Singapore has a highly developed trade-oriented market economy. Singapore’s economy has been ranked as the most open in the world, 7th least corrupt, most pro-business, with low tax rates (14.2% of Gross Domestic Product, GDP) and has the third highest per-capita GDP in the world; in terms of Purchasing Power Parity (PPP).

Singapore has developed its financial sectors and banking has played large in developing the country’s economy though the country has been listed as a tax haven by some countries. Biotechnology, energy and infrastructure are other areas that have helped to build Singapore’s economy.

Build strong relationships – Given its size, Singapore could not afford to make any enemies. By managing relationships and avoiding disputes it has assured that peace is preserved, securing its investments.

Belize, like Singapore, has a strategic geographical advantage which can be used to maximum benefit as an increased trading port.

Education is another sector in which Belize must make drastic changes. Years have passed with very little improvement to Primary School Examination (PSE) scores. Many tertiary level graduates are left wandering aimlessly looking for jobs having to settle for employment in areas unrelated to their fields of study. Obviously more attention has to be given to the education system and the curriculum. What do we want to teach our students? What fields of study will ensure students become productive citizens after leaving school? What are the industries we must develop and what are the skills our students must learn? These are the strategic questions we need.

One of the major factors hindering Belize from economic growth is corruption. The prevalence of corruption can never tolerated where any economy is expected to thrive. The Belize Chamber of Commerce and Industry (BCCI) and other civil society agents including the unions have called time and again for increased oversight with the reconstitution of the Public Accounts Committee (PAC), the installation of the 13th senator and the appointment of the Integrity Commission. Until Belize can solve that problem the country is probably likely to see only small and marginal economic growth for the foreseeable future, whereas countries like Singapore have registered incredible GDP growth in very short spans of time by implementing measures to curb corruption.

Belize also needs to develop existing industries while looking to invest in new ones. Agriculture is still one of the largest industries in the country but value-added industries like agro-processing can play large in helping the country increase exports while maximizing the use of already available resources.

These are just a few ways Belize can start to make a positive difference in improving our economic outlook.