“New price of Butane considers both sellers and consumers,” says Bureau of Standards 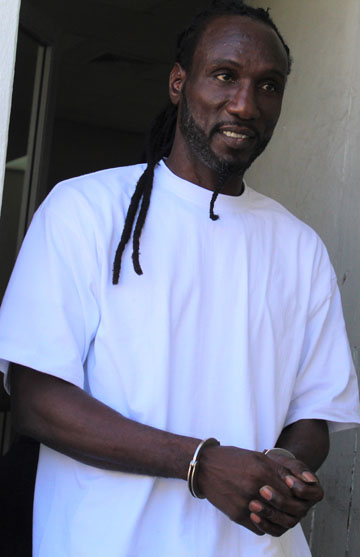 By Aaron Humes: Supreme Court Justice Collin Williams has found Oliver Peters, 41, not guilty of murder in the stabbing death of his uncle, Thomas Ferguson Sr of Arlington Drive, Belize City, in December of 2013.

Peters was accused of stabbing his uncle once in the chest and did not deny it, but he claimed self-defense.

Ferguson died the following February of septicemia, a blood illness, and Peters has been on remand on a murder charge ever since.

The relatives had been arguing over family land on Arlington Drive owned by Peters’ mother but occupied by Ferguson and his family.

Ferguson’s then-14-year-old son testified that he was awakened from sleep around midnight by a sound and saw his father open their door and then Peters slash Ferguson with a knife. He said he saw Peters walk away and wipe the knife off on the gate.

Peters told police under caution, repeated from the dock in court at the trial, that his uncle caused damage to the family house which he, Peters, told him to fix. When Ferguson allegedly pulled out a machete instead, Peters left for his partner’s house to “cool off.”

The accused further said he decided to go back around 11 p.m. to check on his mother and as he was saying good night, Ferguson approached, yelling and threatening and swung his machete at him. That is when, Peters said, he pulled out his knife and tried to push him away, ending up stabbing him. Ferguson retreated into his house.

The judge ruled that he believed Peters’ claim of self-defense, satisfied that Peters was indeed under imminent attack from a machete-wielding Ferguson, and not the aggressor. The force he used, Justice Williams said, was not excessive. And he questioned what the deceased’s son saw based on the angle from where he was watching on his bed.

Prosecutor in the case was Porsha Staine and Ferguson was represented by attorney, Leeroy Banner.