Two cops on trial for manslaughter

A new vision for the south: third-party pledges to change the status quo 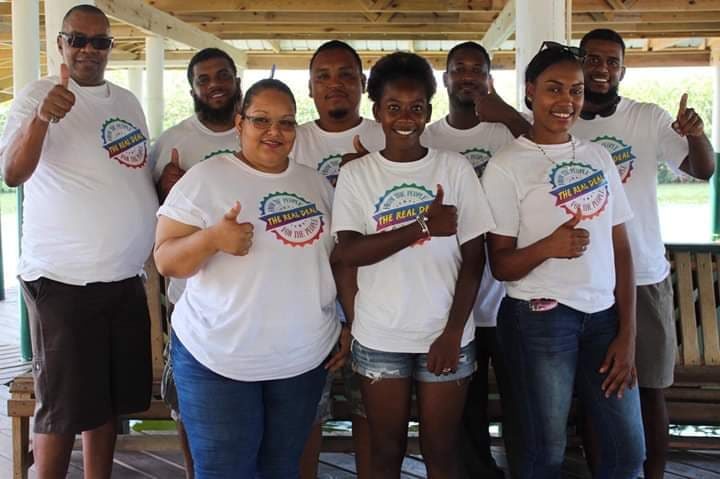 By BBN Staff: As Belize prepares for Village Council elections, a team of Villagers from Independence has stepped forward to represent their community without the banner of any of the two major political third parties.

Lead by Akeem Wiliams, the “Real Deal” team consisting of Mireya Majano, Myrdibeth Cabral, Denisha Burgess, Jarvis young, Darryl
Lozano, and Lloyd Coe, say they are ready to change the culture where progress comes at the whim of a political party.

Williams spoke with Breaking Belize News (BBN) today, explaining that the vision began two years ago when he and some other villagers were speaking and realized that despite the immense potential for wealth
generation in Independence, the common man was not seeing the benefits.

That gathering would later form a community group called “I AM” that lead several community projects such as clean-up campaigns, erecting a Christmas tree for the village, offering free haircuts for children
going back to school, and other initiatives geared towards social development.

That team and others who were working within the community in their own way came together with a dream of making much-needed changes to the current way the council is run, to take Independence into the
future.

“We will use technology to take the council further. The technology already exists, we could be generating reports at the click of a
button, but governments have chosen not to because the old system breeds corruption.” Williams said. “We will bring a new era of
transparency and accountability to the village council.”

He stressed that his team has a plan, and with the support of the people and the business community, they will bring about changes in
Independence that will be lead by the people.

The elections are set for June 30.