The Sociolinguistic Component of Violence 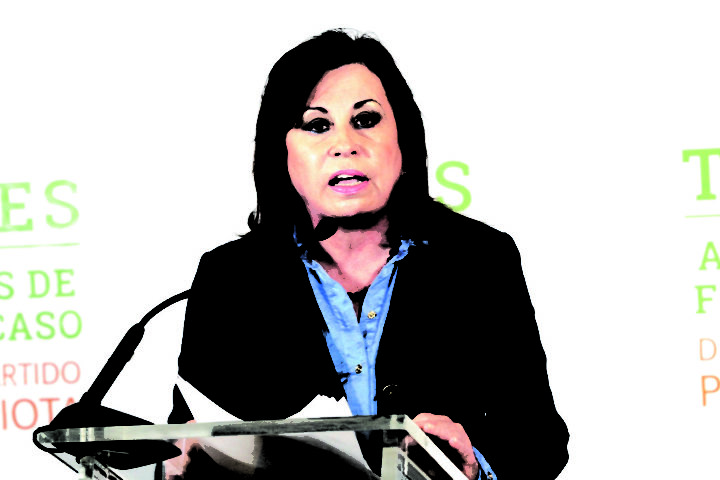 Polls and Guatemala’s political tradition since 1986 show that the election results for President in Guatemala comes as no surprise. Guatemalans have the tradition and culture of voting for the person they have been seeing for a while. The political agenda is not that important. You can be a brilliant newcomer in the political arena with the best political agenda and programs, but that doesn’t mean much. It seems like that they are faithful to the saying, which they themselves like to say, ” Es mejor el viejo conocido que el nuevo para conocer.” It is better the old that we know than the new to be known.

In addition, it appears that they have in their subconsciousness and are faithful to the fallacy in logic called the fallacy of mercy. Poor thing he or she has been trying and almost won. This is his or her turn now. It has been so since 1986 to the point that the next president is almost always predictable and the representatives or ‘diputados’ were conscious of this phenomenon that near election time they would shuffle themselves and put themselves in that party from which the next president is likely to come. In Spanish this is called ‘transfuguismo political’ meaning ‘political devolution’. However, a new law passed the Supreme Electoral Tribunal (TSE) and approved by the Congress banned such practice.

Also CICIG played a key role in barring that the ‘transfuguismo’ practice after they discovered and prosecuted the corrupt practices of Manuel Baldizón, who was on the waiting list to become president a few elections ago. No political party has ever won the presidency in the first round since the new Constitution was put in place in 1986 and after being in office that political party never repeat in office. During this election of yesterday, FCN which is Morales’ party performed poorly. This was of no surprise as his popularity was poor according to most pre-election polls.

Guatemala’s political system is unique as compared to other countries in the world which has many political parties. In Guatemala’s case, the political parties are hesitant to form coalitions or alliances which creates a ‘bingoization’ of the voting ballot. However a new law is being put in place and the TSE already said that they will enforce it. Any political party that does not vote a Representative into Congress will be dissolved or will disappear. This will de-incentivize and also deter those that were using a political party as a private business selling or negotiating their franchise for a quota of power.

Sandra Torres was in the second round for 2015 election but Jimmy Morales won as he was already a known TV figure thru his famous Sunday evening program “Moralejas” and movies. It was said then that she had garnered some antipathy in the city voters ever since she forcefully divorced her husband to become a presidential candidate as being the wife of a serving president, she was constitutionally barred from running. However, it is not clear if it is a dream, a call, or a compulsive/obsessive behaviour, she insisted on her candidacy then and contested again in this electoral cycle. The barring of two (2) female presidential candidates, namely, Thelma Aldana, ex-Attorney General because of an apparent problem with her “finiquito”. Her political party, Movimiento Semilla, said it was a political revenge based on her actions as Attorney General accompanied and supported by CICIG trying the clean the political and economic class from structured corruption. Aldana paid a high price and this did not come as a surprise as it is a classic human behaviour independent of race, colour, or creed.

The other female candidate, Zury Rios had a constitutional impediment based on the resolution of the majority of the magistrates on their Constitutional Court (CC), considering that her late father, General Efrain Rios Montt became president as a result of a coup d’ etat. This was considered as de facto which his team of lawyers had argued against in the past on the ground supposedly that he didn’t participate in the coup; they say he was invited to govern. This argument was rejected by the Constitutional Court. So if that article is not revoked Zury will only have the dream of becoming president.

There is still a current in Guatemala that it is time for a female to become President. This is despite Roxanna Baldetti’s fiasco as the first female Vice President of Guatemala. She was so close to the presidency and was very instrumental in decision making during the presidency of General Otto Perez Molina. This could be a plus to Sandra but it is not a ‘sine qua non’ or determinant factor; rather it is a contributing factor. She yet has work to do before the second round of voting.

This election and the voters behaviour is yet to be analyzed. Both Dr. Giammattei and Torres are “want to be president and for over 15 years.” However, politically speaking, the UNE party and Sandra are more structured. UNE took Ing. Alvaro Colom to the presidency.  Giammattei has been jumping from political party to political party and his Vamos party is new, which itself is an additional weakness. The Vamos party was formed for this election and under normal circumstances is expected to weaken or disappears after being in office. This is especially the case when the political party is new and has a weak structure. This is the reason why it is always said that in Guatemala many political parties there are only election machines. They have no structure and some are even sold as business companies (franchise) or used for gaining a quota of power. So many have the tendency to disappear from the political arena after an election and reappear before a campaign. This has been Giammattei’s strategy for the past 15 years and like most of the other candidates, lack a national political agenda; only his own personal agenda and ego. Also, voters are yet to determine if his far right political ideology is what Guatemala wants for good governance. To test Giammattei’s far right ideology in Guatemala which is traditionally a difficult country to govern due to the influx of many interest and pressure groups is a challenge as well. All of these groups put their sectoral agenda before the national agenda.

Both Torres and Giammettei are diagonally oppose in their political ideology and as such will also have opposing governing practices while in the presidential office.  Dr. Giammattei is center right leaning towards an orthodox right while Licda. Sandra Torres is a center left, leaning towards an orthodox left, but she has as her vice president Licdo. Carlos Morales who tends to be more of a technocrat.

Considering that the people of Belize recently granted jurisdiction to the ICJ to resolve Guatemala’s claim on Belize, what are the implications for Belize if either of these 2 candidates become President. Sandra Torres was not the President in 2008 when the Special Agreement was signed. Her then husband Ing. Alvaro Colom with their UNE government was. However, she was a very instrumental and influential first lady and being from Melchor de Mencos, Peten, with educational and family links to Belize, we see what we see of now in regards to the resolution of Guatemala’s claim.

From a political analysis point of view, a Sandra’s government will foster the ICJ movement because her UNE government was part of the Special Agreement and that Carlos Morales as ex-foreign minister is part of the going to the ICJ movement and the occupation of the Sarstoon River. Licda Sandra is yet to be ask the tough question about her opinion on Art 19 Transitory and the going to the ICJ? Dr. Giammattei, who has a faction of Guatemala’s oligarch behind him, on the contrary, could take a 360° turn and wouldn’t have any constitutional impediment to do so because Art. 19 Transitory is still constitutional law and has not been revoked which should have been ‘sine qua non’ before us thinking about going to ask the ICJ for a resolution. Belize doesn’t even know as yet what is the Guatemala’s claim. THE ABSURDITY OF ALL ABSURDITIES ON PLANET EARTH! If already drafted in this Morales’ government, it can be polished by the next government and Congress. This analysis must continue as the composition of their Congress is yet to be announced. What we do know, however, is that contrary to what most Belizeans thought even though I tried to educate them thru my articles, is that Belize for over 20 years has not been the interest of most Guatemalans. They have recognized Belize as their legitimate neighbour and that we can live, study, work, and grow together as good neighbours without lending ourselves to manipulations by political capriciousness. Something that this government couldn’t capitalized on. I have mentioned it and I continue to firmly believe that the the resolution to Guatemala’s claim is jurispolitical rather than pure legal considering that the ICJ as of now has constitutional impediment to touch our borders. Neither should there be an Adjacency Zone as that created by the OAS. The sovereign people of Guatemala showed it in their low turn out to their referendum and also surprisingly in yesterday’s general election.

Yesterday’s election is an important message to Jimmy Morales and his FCN government. He and his FCN government has not gain politically. His political show of occupying the Sarstoon River is precisely that – merely a show that his people didn’t, and don’t swallow, and are not entertained with, or by it, and that he should abandon his belligerent act and immediately allow us our legitimate and legal rights to access the Sarstoon River based on constitutional, international and customary laws.