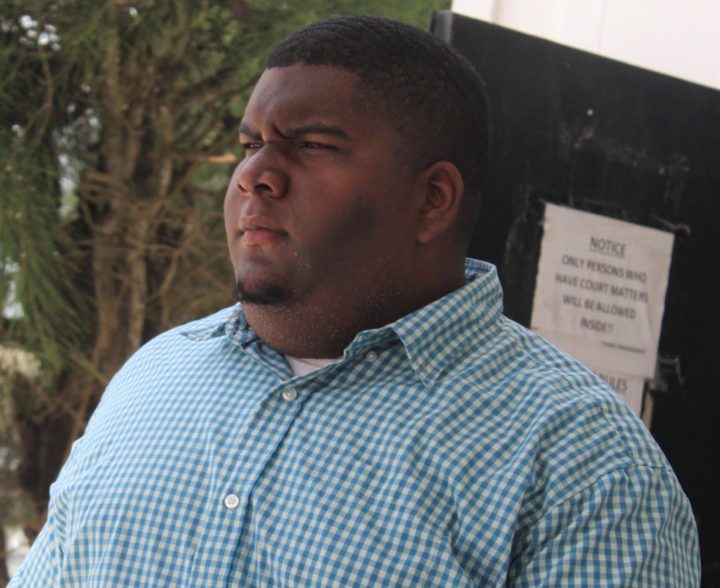 By Aaron Humes: A Victoria Street student accused of aiding in the commission of a crime back in August of 2018 is a free man from the charge of abetment to commit the crime of robbery.

Sayeed Barrington Barona,21, was accused of purposely aiding in the robbery of 53-year-old Lascelle Goldburn Jeffords, a security guard for the Courtenay Coye Law Firm who was shot and injured during a robbery attempt.

By memorandum to the court, the Director of Public Prosecutions’ office said it had failed to receive the additional evidence it sought from police and would discontinue the case for lack of that evidence.

Jeffords was shot while struggling for his firearm with two armed robbers who arrived at the A Street, Kings’ Park office just before six in the evening.

The men had arrived in a grey Kia Sportage SUV which was later found abandoned elsewhere.