Family loses everything in house fire in Dolores village, Toledo

Belizeans in the diaspora unite to help child,11, who was shot in the face 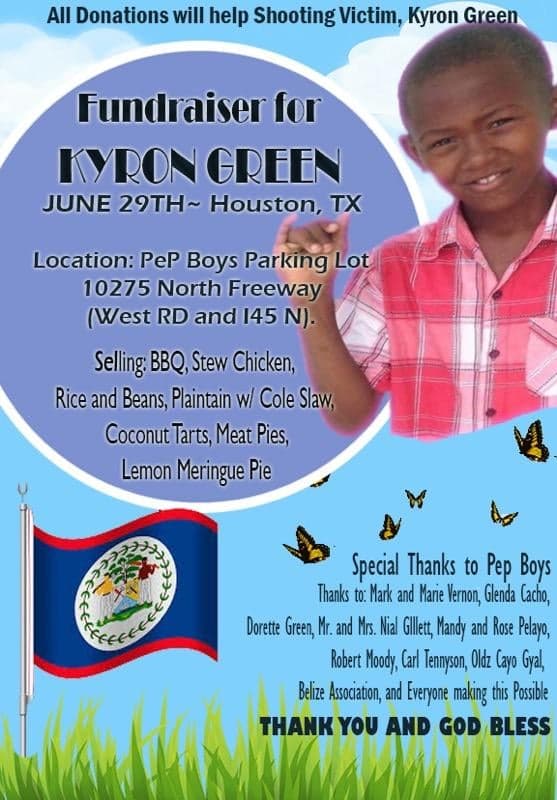 By BBN Staff: The Belizean community in Houston, Texas are coming together to hold a fundraiser for Kyron Green, the 11-year-old boy who was shot to the face on May 17.

Marie Therese Vernon, who coined the initiative, said that she was inspired to hold the fundraiser, after being contacted by another Belizean within the diaspora about the  GoFundMe page that had been set up for Green.

Since then, Belizeans have stepped up and pledged donations such as tamales, chickens, rice and beans and meat ties, as well as pastries such as potato pound and coconut tarts.

“We are all involved, there’s no one person taking the credit for this. This is the Belizean community in Houston, Texas working together to help a Belizean back home,” Vernon said. “We are asking those at home who have relatives in Houston to get in touch with their families, tell them to support the fundraiser.”

The fundraiser is set for June 29.

Kyron Green, a student of St. Luke Methodist Primary School, was shot to the left cheek when a gunman entered a grocery store on Central American Boulevard and opened fire. The incident sparked public outrage, but also support from the private sector, with several companies making pledges to help get the child the medical treatment he needs to live.