PUP lashes at Government for senseless violence across Belize 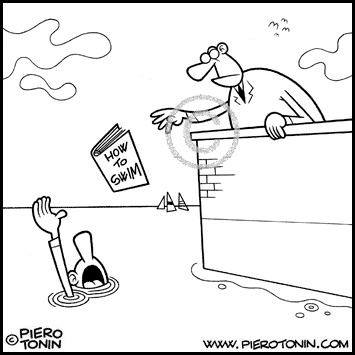 By Glenn Tillett: The recent Caribbean Court of Justice ruling on the constitutional crisis that has overtaken our sister/fellow regional nation Guyana reminds me that here at home we have an opportunity to meaningfully discuss and debate needed constitutional reform.

Although everyone, (and I do not use that word in any hyperbolic sense but in the literal sense simply because I cannot remember ever speaking with any of my fellow citizens, not a single one, who did not think that Belize’s constitution must be amended, reformed, changed for better governance), think we need constitutional reform, belling the cat can be exasperating and tricky.

I postulate that now is a good time to have that further conversation. I think that it is opportune because our social and political economy is a bit of an interregnum. The parties have not yet decided on all their candidates and formulated their manifestos for the next general elections. When that election will be is anybody’s guess but it must be by January 2021 at the latest.

The plausible possibility of constitutional reform rests with the winning party of the next general election and for them to feel that they have that responsibility it must be included in their electioneering platform. The fact is that the new administrations after the 1998 and 2008 general elections did undertake constitutional reform following their victories and both times it followed from their manifesto promises, pledges in the case of the Barrow administration.

The parties, major and minor, will soon be undertaking to draft their manifestos and those of us who care should begin letting our opinions be heard in the effort that they be included. At any other time trying to talk up political or constitutional reform as relevant to our discourse is akin to dancing in the dark.

In an ideal social and political economy, our two living past prime ministers would head a commission to consider and recommend needed constitutional reform proposals but this is Belize. Partisan political expediency always, and I do mean always, trump principle.

I’ve long concluded that the cancer of corruption and incompetence has eaten away and continues to rot the institutions that should uphold our democracy and promote equality, justice, accountability, and transparency. At times I do despair because I feel helpless, that my efforts are and will continue to be futile. We are overwhelmed by the symptoms of our corruption and incompetence, and it is a crisis of conscience.

I am suggesting to those of you who have read this far, that we begin to consider and offer suggestions. Yes, it would appear that we are but voices crying in a dark wilderness, but we cannot let any more time pass without us trying, even if the result is futile.

My first suggestion is that the office of the Governor General must be reformed to increase its autonomy and authority. Before that is done, however, the process and procedure of the selection and impaneling of the officeholder has to be examined to reduce possibility and likelihood of the selection being a partisan puppet, and instead someone who has the competence as manifested by their experience to make tough but fair decisions. That person must have public sector administration experience, for example, and more than a passing knowledge of law.

My second suggestion is there must be the institutional strengthening of “local government”, that is municipal authorities at the city, town and village council levels. A good blueprint for this can be gleaned by examining what the Maya of southern Belize is doing. There must be an enhancement of their authority and autonomy by increasing their understanding of their duties and responsibilities.

It is unlikely that any central government administration will do much more to ensure there are greater checks and balance between the executive and the legislative branches. I will not enumerate here the laundry list, the litany of governmental administrative misfeasance and felonies that have emanated as a result of the lack of accountability, transparency and meaningful participation that has caused, despite the judiciary maintaining a semblance of independence.

I think therefore that we will have to seek to strengthen and increase the authority and autonomy of the other branches of government and I suggest starting with so-called local government.