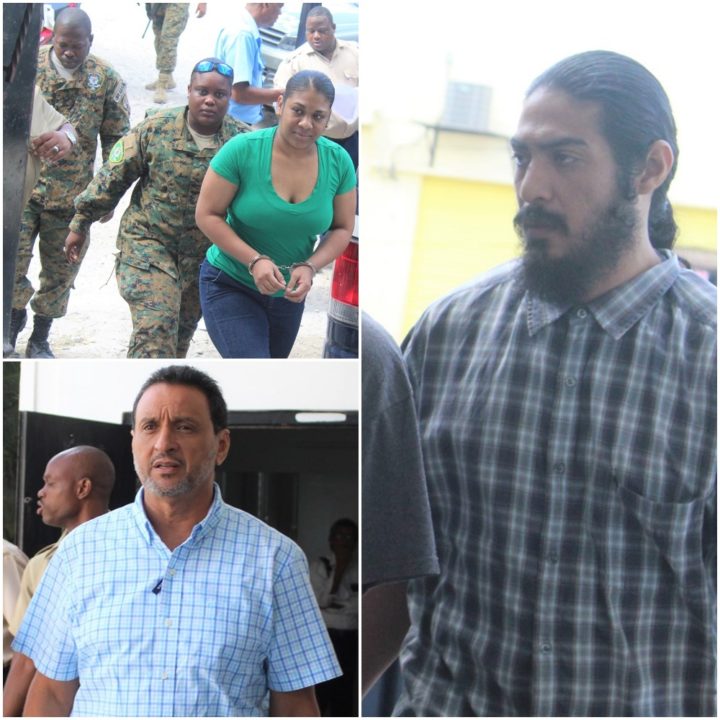 By Aaron Humes: A trio of accused murderers moved a step closer to learning their fates in the Supreme Court.

Appearing before Justice Collin Williams this morning was 25-year-old interdicted police constable Michelle Brown, charged and now indicted in the murder of Fareed Ahmad on December 28, 2017.

Brown, who pleaded not guilty, will mark her 26th birthday behind bars on July 4. She is represented by Senior Counsel Simeon Sampson.

The case is adjourned for case management on September 18.

Brown was committed for trial in October of 2018 after being arraigned in January.

The barber/businessman was gunned down in his private vehicle, which crashed between Mile 16 and 17 on the George Price Highway. Brown was a passenger but escaped serious injury.

Pacheco pleaded not guilty to the murder of rival and neighbor 50-year-old Jose Manuel Villanueva, during a heated altercation that ended in a shooting on his property located next door to Pacheco’s business.

His case was also adjourned for case management on September 19, 2019.

And before Justice Marilyn Williams, 32-year-old Jared Ranguy appeared for a continuation of his murder case.

Ranguy is accused of slaughtering his mother Karen Skeen; sister Teena; and stepfather and Karen’s husband Robert Vellos, senior, in the family home in Ladyville on November 24, 2012.

The court continues to await a report on Ranguy’s psychiatric status, which will determine whether he is fit to stand trial.

The case is adjourned until July 16, when the report is expected to be handed over.